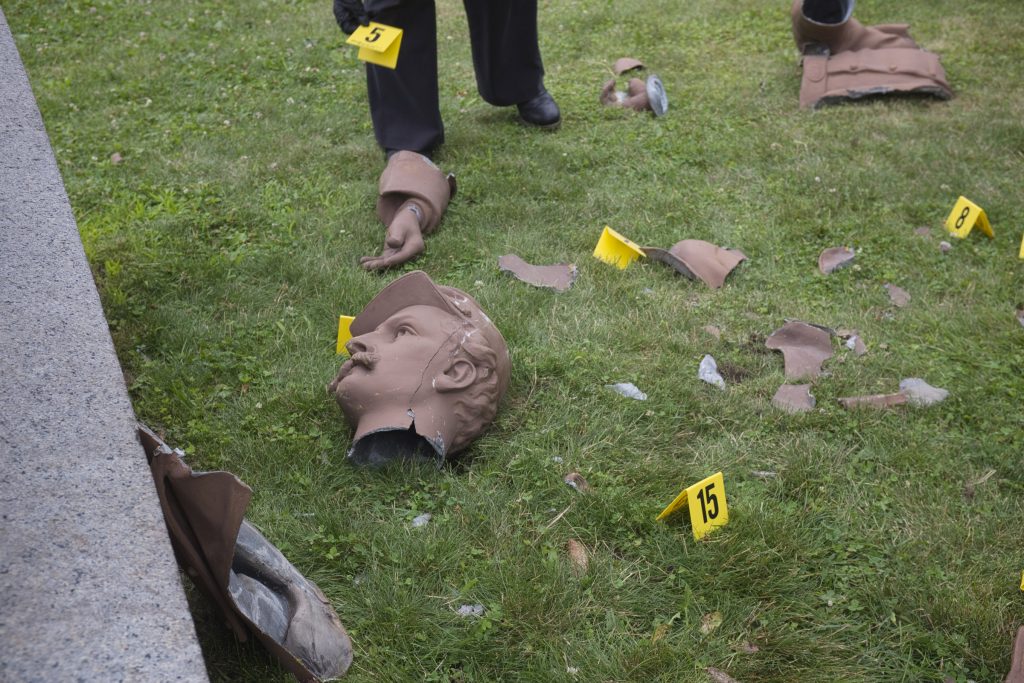 A statue of a Union soldier honoring a volunteer regiment from upstate New York was smashed into pieces in a public park.

Police said Wednesday the statue was likely destroyed overnight, and that they are looking for suspects. Photos show fragments of the statue littered across the grass of a park in Saratoga Springs, New York.

The statue was more than a century old, having first been erected in 1875 to honor soldiers in the 77th NY Volunteers, who died in the Civil War.

More than 200 miles away in Rochester, New York, a statue of Frederick Douglass was torn off its base on July 5, the anniversary of one of Douglass’ most famous speeches. Statues depicting Confederate leaders have been toppled or vandalized recently around the nation.

Saratoga Springs History Museum Executive Director James D. Parillo told the Times Union the statue was one of many erected to honor Union soldiers after the Civil War, but historians believe this statue’s face is from a soldier in the local regiment.

Police are reviewing surveillance video of the park, which has cameras that have helped to catch other vandals. They are seeking additional footage from nearby businesses.

“We take this matter extremely seriously,” Saratoga Springs Commissioner of Public Safety Robin Dalton told the newspaper. “We won’t tolerate it. And when we find the individuals responsible, we will prosecute them to the fullest extent of the law.”