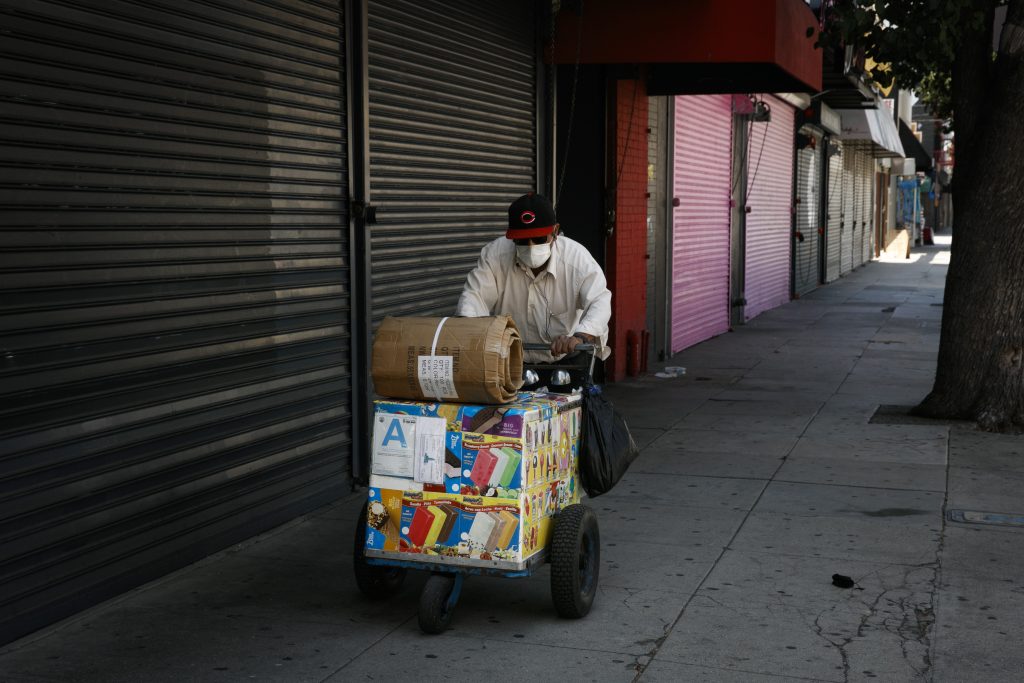 Los Angeles Mayor Eric Garcetti on Sunday said L.A. opened too quickly and again warned that the city was close to imposing some type of new stay-at-home order as coronavirus cases continued to spike.

Speaking on CNN, Garcetti was asked about a Los Angeles Times editorial that criticized the rapid reopening of California, which was followed by a major surge in both new COVID-19 cases and hospitalizations.

“I do agree those things happened too quickly,” Garcetti said, adding that those decisions were made at the state and county levels, not at the city level.

At the same time, Garcetti said the city was “on the brink” of new restrictions but did not elaborate. The mayor has made the comment before over the last two weeks, saying the city would act if cases continued to rise — even after a series of restrictions imposed by the state this month that included a ban on indoor restaurant dining, and the closing of bars, malls and other retailers in L.A. County and many other counties.

The mayor urged patience, saying it will take up to three weeks to learn whether the closures have helped slow the spread of the coronavirus.

He also struck an optimistic note, saying L.A. remains in a good place when it comes to hospital capacity and the available supply of ventilators.

“Cases have gone up, but we also have the most aggressive testing,” he said. “We’re the first city to offer testing to people without symptoms. And 30% of what we’re catching thankfully is those folks.”

Still, L.A. County reported a record-high number of COVID-19 patients in its hospitals this week, and the overall share of tests that have come back positive has risen from 8% to just under 10%, suggesting that there has also been an increase in community transmission.

The mayor attributed the increase in spread not just to the reopenings, but also to people becoming less vigilant about following public health guidance and gathering with others outside their households.

“It’s not just what’s open and closed,” he said. “It’s also about what we do individually.”

Rather than have the city be subject to another broad closure, Garcetti suggested he’d prefer to take more targeted interventions aimed at helping those who were most vulnerable to suffering serious illness or death from contracting the coronavirus.

He said that outside of skilled nursing facilities, black residents are no longer dying at a rate disproportionate to their share of the population, but officials are now seeing higher rates of deaths among Latino people and low-income workers.