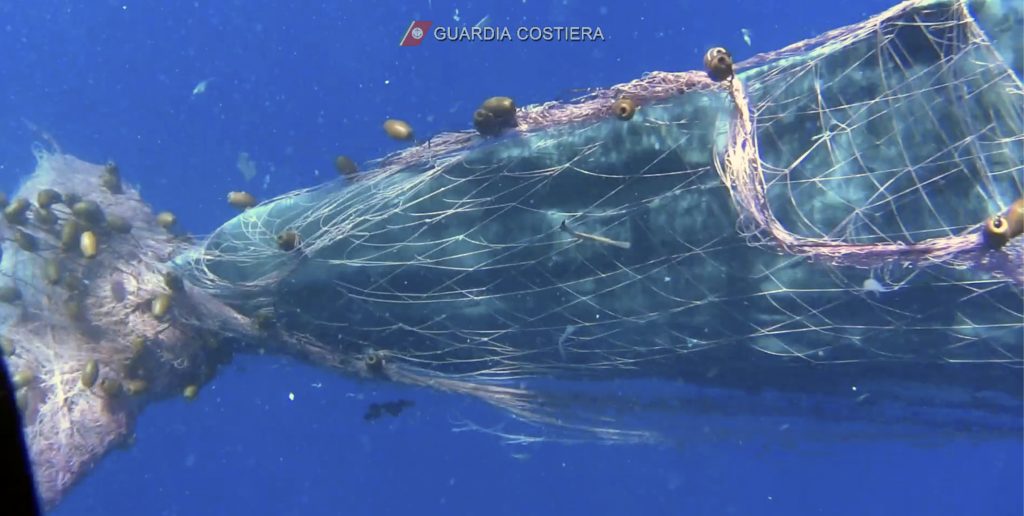 Italian coast guard divers and biologists were working Sunday to free a sperm whale that was entangled in a fishing net near a tiny Mediterranean island.

In a coast guard video, a diver can be seen slicing away some of the net in the waters surrounding the Aeolian Island archipelago. Boaters on Saturday had spotted the struggling sperm whale in that stretch of the Tyrrhenian Sea off Italy’s west coast and contacted the coast guard.

The operation to free the sperm whale was particularly difficult “due to its state of agitation” that didn’t allow for continual intervention near the whale, the coast guard said Sunday.

Three weeks ago, the Italian coast guard freed another sperm whale ensnared in a fishing net, also in the sea off the Aeolian Islands.