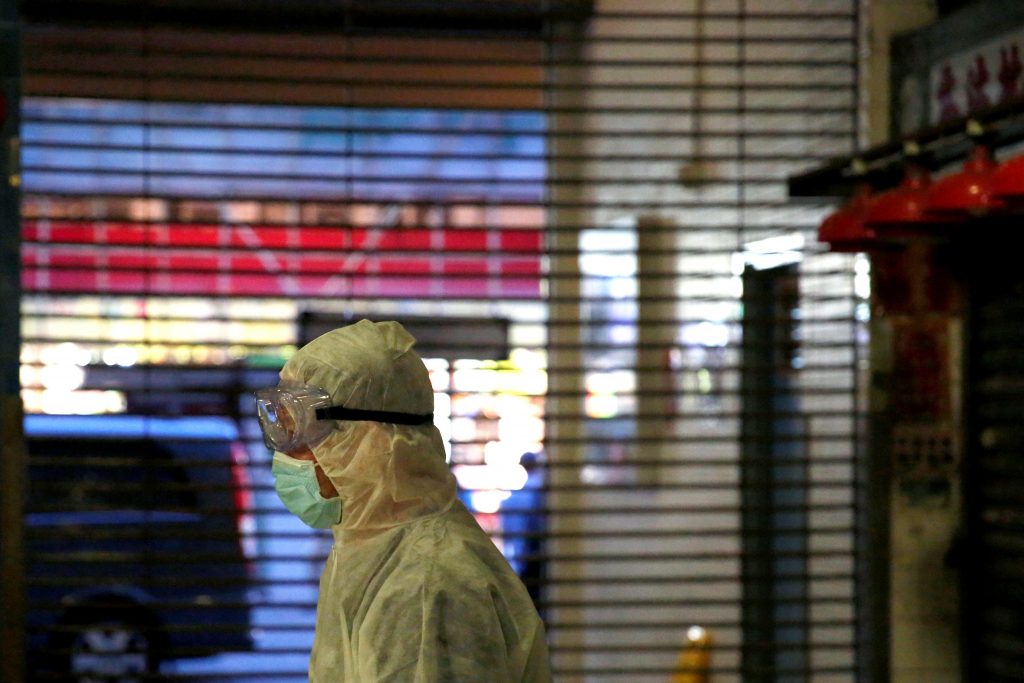 Hong Kong tightened coronavirus restrictions on Sunday, with nonessential civil servants told to work from home from this week, as the global financial hub reported a record number of daily cases.

Earlier on Sunday, an event by pro-democracy politicians to mark the one-year anniversary of an attack in a train station by an armed mob was stopped by police in riot gear for breaking coronavirus measures already in place that restrict group gatherings to four people.

Hong Kong leader Carrie Lam told a news conference that the city recorded more than 100 cases in the past 24 hours, the most since the pandemic took hold in late January, taking the tally close to 2,000 patients, 12 of whom have died.

“The situation is very serious and there is no sign of it coming under control,” Lam said.

Amusement parks, gyms and 10 other types of venues will remain closed for another seven days, while a requirement for restaurants to only provide takeaway after 6 p.m. was extended. Face masks will be mandatory in indoor public areas.

Police in riot gear halted an event in the northern district of Yuen Long, where pro-democracy politicians planned to mark the anniversary of the attack on demonstrators and bystanders by more than 100 men with pipes and poles on July 21 last year, in which 45 people were injured.

The Yuen Long attack was one of the most violent scenes of last year’s pro-democracy protests, which plunged the global financial hub into its deepest crisis since it returned from British to Chinese rule in 1997.

At the time, police were criticized for not responding quickly enough to calls for help, and for not arresting any alleged culprits at the scene. They later made several arrests and said the assailants had links to organized criminal gangs, or triads.

A small number of protesters marked the anniversary chanting slogans in a shopping mall.