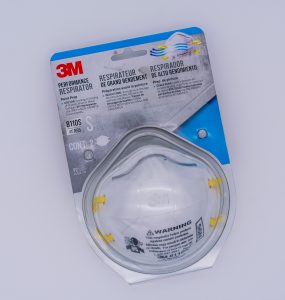 3M has investigated 4,000 reports globally of fraud, counterfeiting and price gouging in connection with its N95 respirators. As a result, it has filed 18 lawsuits in North America.

The Maplewood, Minn.-based company Thursday issued an update of its battle against scams, as COVID-19 has greatly increased demand for N95 masks, the gold standard in protection against pathogens and other particulate matter.

3M is the leading U.S. manufacturer of N95 respirators and among the largest globally.

3M said that so far, courts have issued six temporary restraining orders and four preliminary injunctions to stop N95 sales operations alleged to be unlawful. The company said it has provided referrals to law enforcement agencies that have helped lead to criminal charges in some cases.

“The schemes we shut down were not only unlawful, they also endangered lives and wasted precious time and resources by diverting buyers from legitimate sources of much-needed respirators,” said Denise Rutherford, 3M senior vice president of corporate affairs.

In addition to litigation, 3M said it has removed more than 7,000 e-commerce listings with fraudulent or counterfeit product offerings and more than 10,000 false or deceptive social media posts.

The pace of alleged N95 scams hasn’t slowed. “I attribute much of that constant pace to the fact that supply does not meet demand, and that gives fraudsters an opportunity,” Haley Schaffer, 3M assistant general counsel, said in an interview.

In U.S. District Court in Minnesota, 3M last month sued Legacy Medical Supplies and four people connected with the company, claiming they were “running a scam.”

Legacy Medical was trying to sell 3M brand N95 respirators at a 75% to 267% markup over 3M’s list price, 3M said in a court filing. “That represents price gouging and unconscionable profiteering during a global pandemic,” the filing said.

The lawsuit alleged that two of the defendants, Legacy’s Chief Operating Officer Jeremy Reboulet and consultant Carol Ann Korpi, falsely claimed to a Minnesota attorney that they had a personal relationship with Nick Gangestad, 3M’s chief financial officer.

“This is not only false, but also nonsensical,” the suit said.

Legacy is not a 3M-authorized distributor as it claimed, the lawsuit said. It also claimed it could access between 250 million and 47 billion respirators at a time — far more than 3M even has the capacity to produce, the suit said.

Reboulet said Thursday that “None of what they are saying is true. … There is no guilt here.”

A judge this week issued a temporary restraining order against Reboulet and a fourth defendant, whom 3M listed as consultant Mark Eckhardt.

According to his LinkedIn page, Reboulet lives in Scottsdale, Ariz., and is CEO of Legacy Trust and Holdings of Carmel, Ind., as well as founder and president of Condor Solution Inc. in Minnetonka. Legacy Medical Supplies, which was formed this year, is registered in Indiana, according to the lawsuit.

Eckhardt, who is believed to live in the Philadelphia area, is a consultant for Legacy Medical, the lawsuit said. He couldn’t be reached for comment.

Korpi, whose LinkedIn page says she is founder of CA Consults in the San Francisco Bay Area, could not be reached for comment. She settled 3M claims against her earlier this week.

So did Joseph Nelson, another defendant listed in the suit as Legacy’s vice president for operations. “We resolved it,” Nelson said, declining to comment further.

Nelson, according to his LinkedIn page, lives in the Minneapolis area and works as a senior account executive at LinkedIn. He is also the head coach of the women’s lacrosse team at Concordia University in St. Paul.

In the other Minnesota case, 3M sued Matthew Starsiak and AMK Energy Services in federal court, saying they were running a scam.

The lawsuit said that Starsiak in May approached 3M, falsely claiming to represent a consortium of wealthy people and charitable foundations, including Bill and Melinda Gates, Richard Branson and Elon Musk.

Starsiak, who is president of AMK, then used the names of senior 3M lawyers he had communicated with “as bait to lure unwitting buyers into placing large amounts of money in escrow to purchase billions of fictitious 3M N95 respirators,” the lawsuit claims.

The company said Starsiak, a former U.S. Marine Corps major, used his service record “to win trust so he could trick people into paying for 3M N95 respirators that he does not have.” Starsiak, who lives in Bountiful, Utah, declined to comment.

A federal judge granted 3M a temporary restraining order against Starsiak and his company in late June.

The Minnesota litigation has the hallmarks of many of 3M’s N95 fraud suits.

Schaffer said common litigation threads include: defendants claiming to be have a relationship with 3M — including as authorized dealers — when they don’t; huge sales pitches that would be difficult or impossible to fill; and the involvement of 3M lawyers in sales transactions.

3M said any damages it recovers are donated to COVID-19 relief efforts.