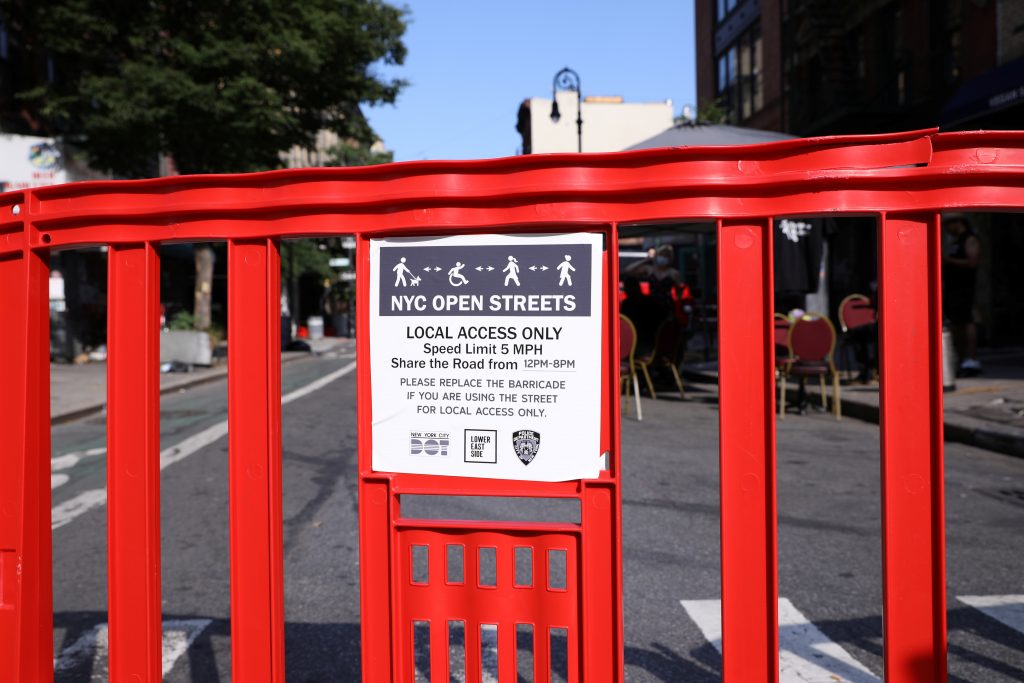 The number of people hospitalized with COVID-19 in New York State dropped to 743 and 11 more people died, and Gov. Andrew Cuomo urged residents Saturday not to let down their guard.

Daily statewide statistics show New York with 754 newly confirmed cases, representing 1.08% of all tests performed. The number of people hospitalized Friday was down 22 from the previous day.

New York, once a pandemic hot spot, has so far avoided a surge in new cases like those plaguing other states in the South and West. But the Democratic governor has repeatedly warned New Yorkers could be at risk if they abandon social distancing and other practices adopted to check the spread of the virus.

“[We] remain alarmed by spikes in much of the country and the risk of a lack of compliance at home as the state pursues a phased, data-driven reopening,” Cuomo said in a prepared release.

Cuomo has been particularly critical of bars flouting outbreak control regulations and large, festive crowds along city streets. He announced a crackdown Thursday on bars and restaurants across the state.

New York City Mayor Bill de Blasio tweeted Saturday about a news report describing block-party like crowds in Queens. He called it “unacceptable” and promised to make sure city restaurants comply with rules.

“New Yorkers have made too many sacrifices to fight COVID-19,” the Democratic mayor said on Twitter. “We can’t let up now.”

Cuomo announced Friday that New York City is set to begin a scaled-down version of the fourth phase of the statewide reopening process Monday. The governor said the city can’t have “any additional indoor activity” in places like malls and museums because of coronavirus transmission risks.

Under that guidance, the Wildlife Conservation Society announced Saturday it plans to open outdoor exhibits at the Bronx Zoo, the Central Park Zoo and its other two zoos in the city, but will postpone the previously planned reopening of the New York Aquarium.

More than 25,000 people have died statewide since the outbreak began.