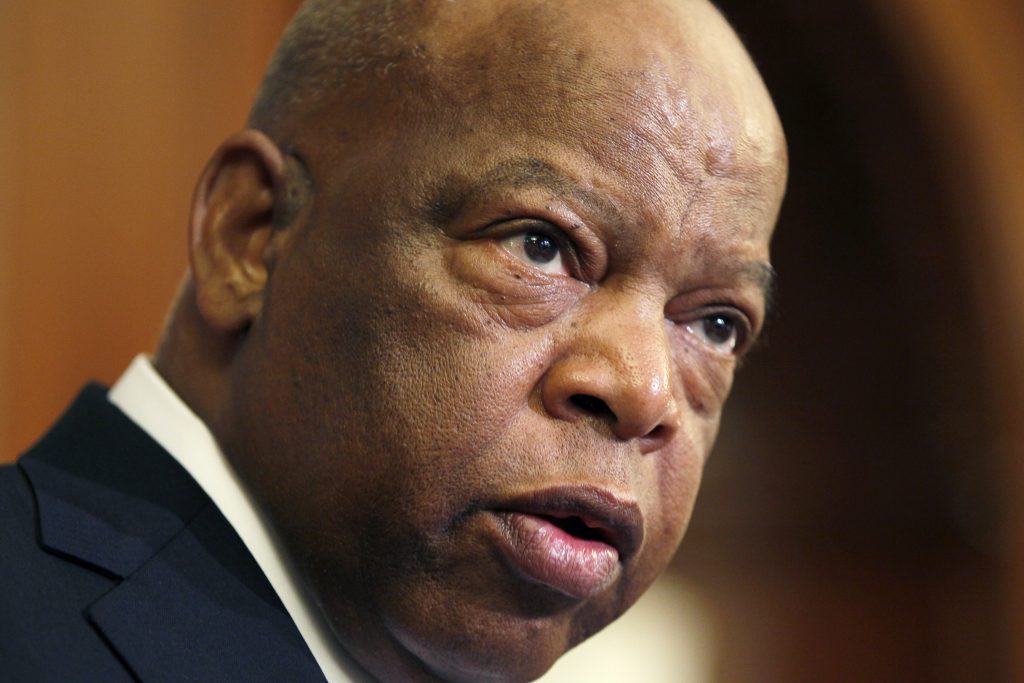 Atlanta will lower flags to half-staff indefinitely to honor Rep. John Lewis, who represented the city for more than 30 years in Congress before his death, Mayor Keisha Lance Bottoms said Saturday.

Bottoms made the announcement in a statement that said words can’t describe the loss of Lewis, who made a career of politics in the city after years as one of the nation’s premier civil rights leaders.

“The people of Atlanta often called upon Congressman Lewis for counsel, guidance, and assistance with getting into good trouble. No matter how busy his schedule, or important his Washington duties were, he answered,” she said.

Vivian died Friday at the age of 95, and Lewis died hours later. He was 80.

“John risked his life to end legalized racial segregation and make America a better place for us and future generations. That’s the enduring legacy of one of the most courageous people I ever met,” said a statement by Blank.

Republican Gov. Brian Kemp praised the longtime Democratic congressman in a tweet that said: “Congressman John Lewis was a Civil Rights hero, freedom fighter, devoted public servant, and beloved Georgian who changed our world in a profound way. The Kemp Family is praying for his loved ones as they honor his life & mourn his passing.”

State law says Kemp must schedule a special election to fill the current term of Lewis, who was first elected to represent Georgia’s majority Black 5th District in 1986, said Georgia Deputy Secretary of State Jordan Fuchs. A vote would have to be held within 30 days.

Separately, Democrats can appoint a replacement candidate to fill Lewis’ slot on the November ballot since he already had won the nomination for another term, said Fuchs.

The Democratic Party of Georgia released a statement on Saturday saying that it was accepting applications online for anyone interested in the position. The party’s executive committee will choose the nominee on Monday and inform the secretary of state by Monday afternoon.

While any funeral for Lewis could be held in Atlanta, there wasn’t any immediate announcement on plans, which could be affected by the coronavirus pandemic. In an order, Kemp said flags on state buildings would be lowered through sunset on the day of Lewis’ interment.

President Donald Trump ordered flags at half-staff at the White House and all federal public buildings and grounds, including embassies abroad and all military posts and naval stations, throughout the day Saturday. In a tweet, Trump said: “Saddened to hear the news of civil rights hero John Lewis passing. Melania and I send our prayers to he and his family.”