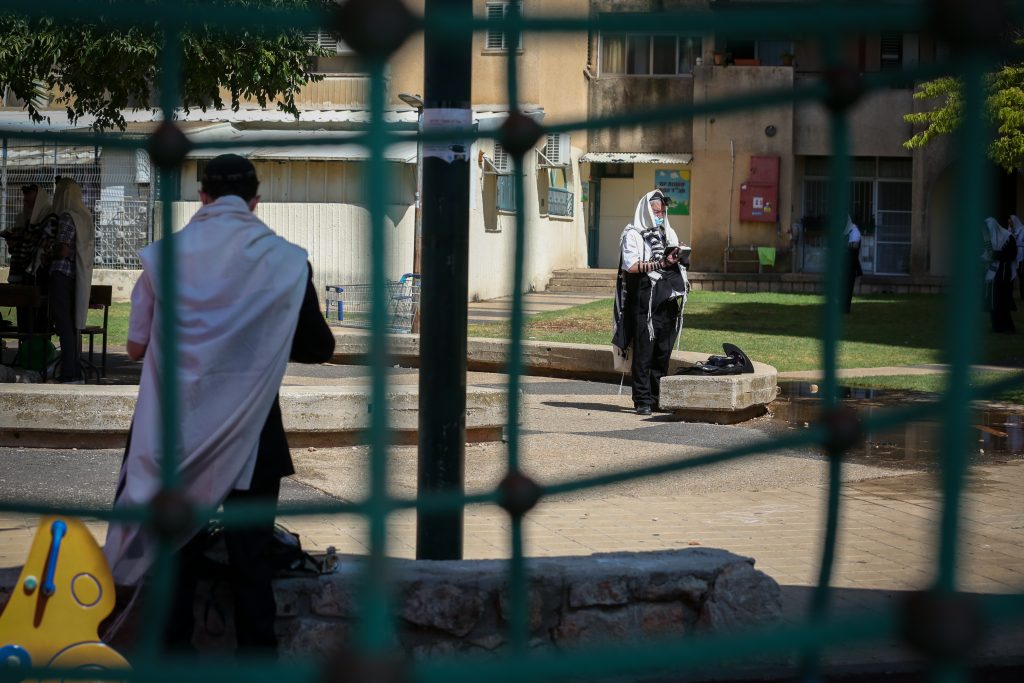 The Health Ministry on Motzoei Shabbos confirmed that 1,595 new coronavirus cases had been diagnosed since Friday.

Of the 27,502 active coronavirus cases, 217 patients are in serious condition, and 56 are on ventilators.

Five more people passed away over the weekend, bringing the country’s death toll to 400.

On Friday, a series of new restrictions went into effect, with the goal of flattening the curve and reducing the number of new cases per day.

However, late Friday afternoon, Prime Minister Binyamin Netanyahu and Alternate Prime Minister Benny Gantz issued a statement that they would allow restaurants to remain open until 5 a.m. on Tuesday – altering a decision made by the government.

Restaurants were supposed to revert to takeaway and delivery  beginning Friday, but Netanyahu and Gantz said that the decision could be put off, allowing for preparations and because the restaurants had already purchased food for their weekend customers.

Restaurant owners are not the only ones who are unsure of what the future holds, after ministers left Thursday’s late-night meeting without deciding about the education system.

A message from the Prime Minister’s Office early Friday explained that “decisions about camps and other educational programs will be determined in the coming days by the prime minister and alternate prime minister, in consultation with the finance, health and education ministers.”

The intention is to examine where there is a realistic possibility of studying in capsules under the directives of the Health Ministry. If not, then the goal will be to keep schools open for another week to allow parents to better prepare for the situation and thereby minimize negative impact on the students, parents and economy.