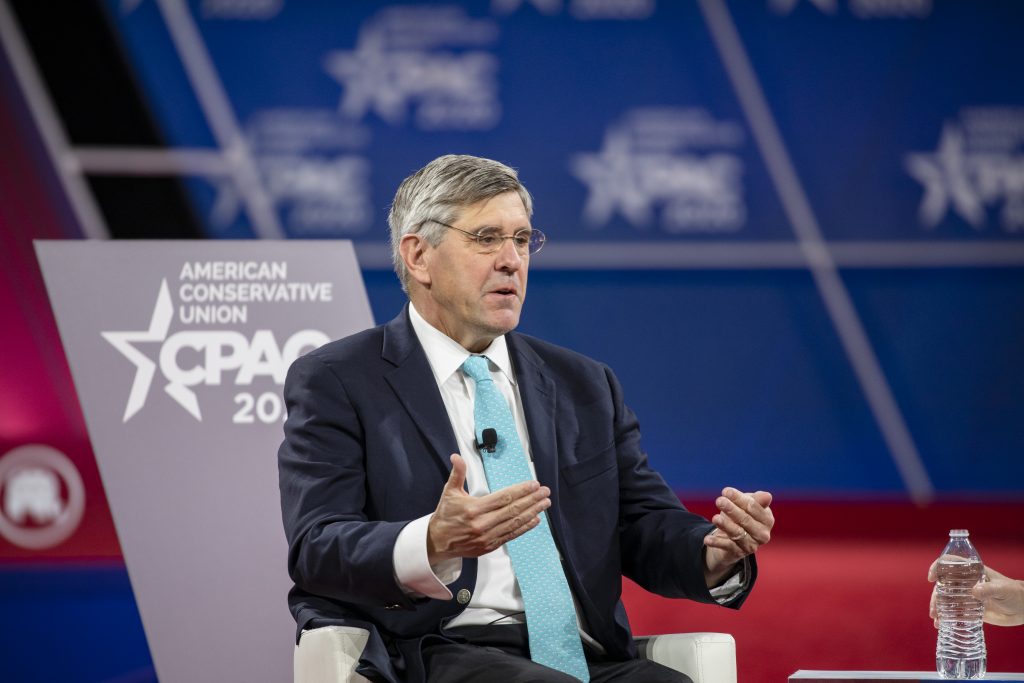 The White House is insisting that Congress include a payroll tax cut as part of the next coronavirus stimulus package, potentially complicating talks with lawmakers by pushing a measure that President Donald Trump has tried but failed to advance for almost a year.

“As he has done since the beginning of this pandemic, President Trump wants to provide relief to hardworking Americans who have been impacted by this virus and one way of doing that is with a payroll tax holiday,” White House spokesman Judd Deere said. “He’s called on Congress to pass this before and he believes it must be part of any phase four package.”

Trump’s renewed push for a payroll tax holiday comes as Senate Majority Leader Mitch McConnell, R-Ky., prepares to unveil legislation next week that he hopes will launch negotiations on the next major coronavirus bill.

Key Republican senators have been cool to the idea of a payroll tax cut in the past, partly because it only helps workers who are actually employed. Congress has rebuffed Trump’s previous demands for a payroll tax cut for individuals, instead approving a round of checks to individual Americans as part of the $2 trillion Cares Act in March.

But now, as Congress and the administration prepare to write what will likely be the last major coronavirus spending bill before the November election, Trump is again demanding a payroll tax cut. He and some allies view the policy as an effective way to stimulate the economy and quickly give workers a boost.

It is unclear if McConnell will bend to Trump’s demands and include a payroll tax cut in the legislation he intends to roll out next week. A McConnell spokesman declined to comment.

The payroll tax is the 7.65% tax that is taken out of workers’ paychecks and goes to fund the Social Security and Medicare trust funds. President Barack Obama at one point temporarily reduced the tax, but Trump wants to eliminate it entirely for some period of time.

Lawmakers of both parties have been anticipating that the upcoming coronavirus bill will contain a new round of checks to individuals, something Trump has signaled public support for.

But it’s unclear whether the legislation could include a new round of stimulus checks and a payroll tax cut, especially since McConnell has been aiming to keep the overall price tag at around $1 trillion — a figure Democrats say is much too low. In the past, lawmakers have compensated for lost payroll tax revenue by diverting other money from the Treasury Department to continue funding the Social Security and Medicare trust funds. The government’s response to the pandemic so far, though, has already led to a giant budget deficit, and some lawmakers are starting to raise concerns that some of the tax cuts and spending increases might be misguided and lack desired impact.

House Speaker Nancy Pelosi, D-Calif., and other Democrats have repeatedly voiced opposition to a payroll tax cut. If included in McConnell’s bill, or demanded by the White House, it would become just one more point of contention between the two parties. Democrats and Republicans are already at odds over multiple issues, including liability protections for businesses and others that McConnell says must be in the bill; enhanced unemployment insurance that is expiring in late July; whether to send more aid to cities and states; and how much funding for education to include and whether to tie it to schools reopening.

Complicating matters for Republican lawmakers is that senior Trump officials appear at odds over the administration’s top priorities. Treasury Secretary Steven Mnuchin has said the administration is pushing the payroll tax cut but is viewed internally as prioritizing another round of $1,200 stimulus payments, according to three people in communication with administration officials.

It is unclear if the White House officials seeking to make the payroll tax cut a redline demand will be able to block an agreement that does not have it. Mnuchin has to this point served as the administration’s lead negotiator with Congress and has worked well with Democrats. Conservative groups fear Mnuchin will cut a deal with congressional Democrats that includes the stimulus payments but leaves out their top priorities, including the payroll tax cut and curbing the $600-per-week unemployment benefit approved by Congress in March.

Trump has also frequently threatened to veto congressional deals – such as those that left out funding for his border wall with Mexico – before caving.

Economists and lawmakers of both parties have raised concerns about how helpful the payroll tax cut would prove. In March, Congress delayed payment of the payroll taxes collected from employers, which helped firms escape some of their short-term tax burden. Congress could make that deferral permanent, or extend that delay to the payroll taxes assessed by the federal government for workers – both options pushed by conservatives.

Moore and other conservatives have pointed to bipartisan support for the payroll tax cut under prior administrations and argued the president needs to reduce the 11% national unemployment rate to boost his election odds.

Other economists, including conservatives, have viewed those claims skeptically. Kyle Pomerleau, a conservative economist at the right-leaning American Enterprise Institute, said struggling businesses are suffering primarily from a collapse in revenue due to new spending patterns caused by the pandemic. Firms are already benefiting from the deferral in the taxes, which gives them two years to pay that money back to the Internal Revenue Service.

A payroll tax cut could also prove difficult to implement in the middle of the year, rather than at the start of the calendar before company payrolls are set. And some economists have expressed concern about weakening the Social Security and Medicare trust funds by cutting the amount of tax revenue that gets paid into them – even if that money would be made up out of the Treasury Department’s general fund.

Suspending all employer and employee payroll taxes from April to December would increase the deficit by $840 billion, according to an estimate in March by the Committee for a Responsible Federal Budget, a non-partisan think-tank. More limited versions of suspending the tax, such as doing so for three months, would cost closer to $300 billion — still eating up much of the GOP’s spending bandwidth for the next stimulus package.

“I have not talked to a single office that has expressed enthusiasm for payroll tax cut,” said Brian Riedl, a tax and budget expert at the Manhattan Institute, a right-leaning think-tank. “If we want to keep it under $1 trillion, a payroll tax cut is not a good use of that funding.”