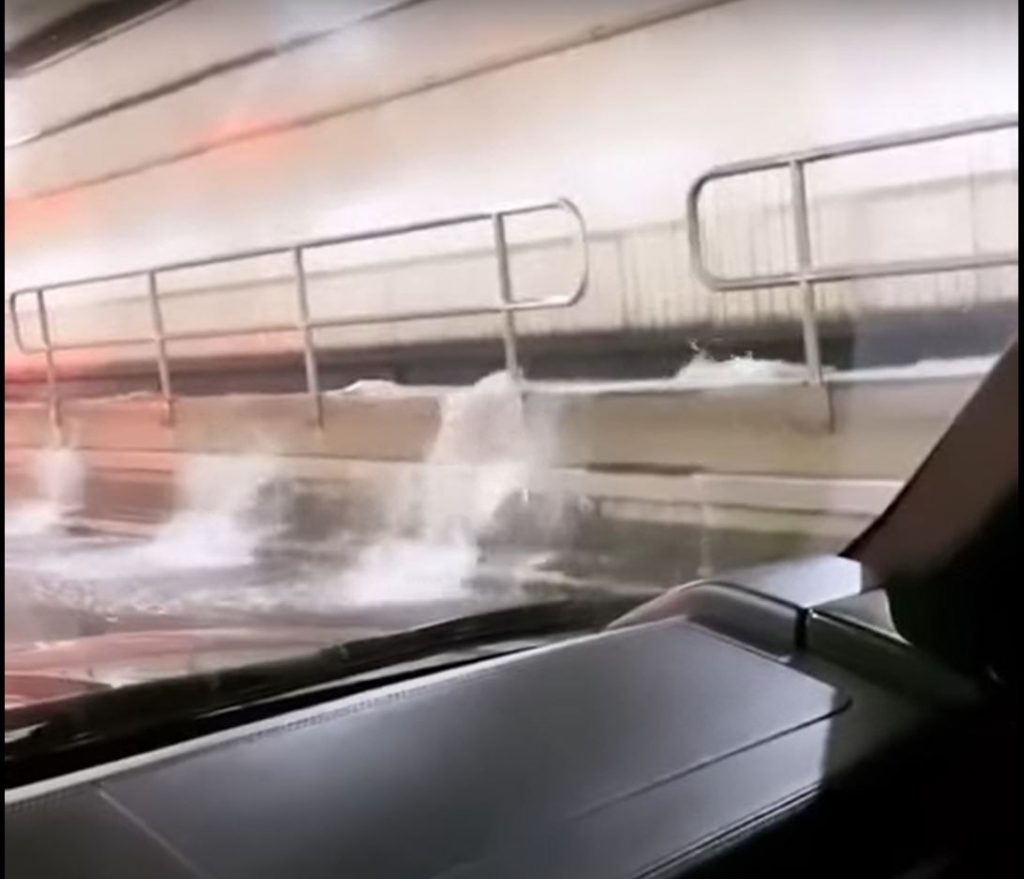 No, that wasn’t the Hudson River leaking into the Lincoln Tunnel as anxious commuters sat in their cars fearing the worst.

Video taken Wednesday and posted online showed water flowing along a walkway and onto the roadway in the tunnel that connects New Jersey and New York City.

The images prompted numerous people to tweet about their fears of being stuck in the tunnel if it flooded.

The Port Authority of New York and New Jersey, which operates the tunnel, says a water main ruptured in a facility room in the tunnel’s center tube. After the break was repaired, the water was pumped out.

The mile-and-a-half-long tunnel is more than 80 years old and accommodates roughly 1.5 million vehicles into New York in an average month.