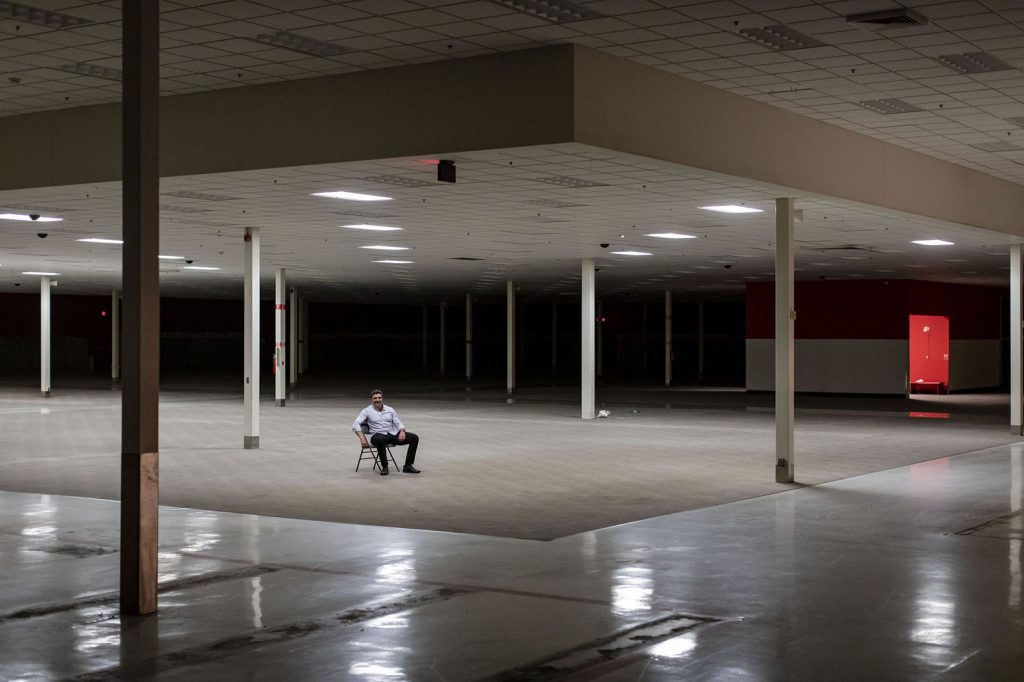 A former Target that’s been sitting vacant in Calumet City, Ill., for five years will be reborn as an indoor vertical farm producing locally grown greens for the Chicago area.

The 135,000-square-foot building in the River Oaks shopping center will house stacks of trays growing kale, arugula and other leafy greens under artificial lights. A retail shop on site will sell the produce to the community and invite people in to learn about how indoor farming works.

Once at full capacity, Wilder Fields will employ 80 people and produce 25 million heads of lettuce a year that will be available in grocery stores across the region, said founder Jake Counne. Wilder Fields is the new name of the company, which previously was called Backyard Fresh Farms.

The property was exactly what Counne envisioned when he set out to repurpose existing buildings as indoor farms to supply fresh produce to cities far from the growing fields of California and Arizona.

As retail giants close stores, a trend that’s been exacerbated by the COVID-19 pandemic, Counne hopes to put the buildings they leave behind to sustainable use.

“We think this is very repeatable,” said Counne, who was a real estate investor before he became an agricultural entrepreneur. “There is a huge amount of vacant anchor retail space.”

Calumet City, which borders Chicago’s southern edge, acquired the building from Target and will lease it to Wilder Fields for 12 months, Counne said. After that, he plans to purchase the property from the city.

Counne expects to break ground by the end of this year, and have the first phase of the redevelopment completed by early next year. After operating at a smaller scale to work out the kinks, Counne plans to finish developing the site by 2023. A group of investors is funding the first phase of the project. He declined to say how much funding he has received.

Produce grown locally indoors has gained popularity with consumers in recent years for environmental and quality reasons. It uses less land and water than traditional agriculture and travels far shorter distances, so the product is fresher and lasts longer when it gets into consumers’ hands. Growing year-round in controlled environments also cuts down on waste and contamination and avoids the challenges of unpredictable weather.

The Chicago area is home to several greenhouses that sell greens commercially, including Gotham Greens in Chicago’s Pullman neighborhood and BrightFarms in Rochelle, both of which have recently expanded. But vertical farms, which use artificial light rather than sunlight, have struggled to succeed at a large scale.

Counne believes he can make it profitable with lower-cost automation, which he has been testing at a small pilot facility at The Plant, a food business incubator in Chicago’s Back of the Yards neighborhood.

He’s developed robotics to reduce the amount of time workers spend climbing ladders to tend to plants. For example, an automated lift collects trays of ready plants and brings them to an assembly line of workers for harvest. He’s also developed a system of cameras and artificial intelligence software that prompts the environment to automatically adjust to optimize growing conditions.

Wilder Fields’ pricing will be in line with greenhouse-grown lettuces, which typically retail at $2.99 to $3.99 for a clamshell.

Though its first products will be standards like spring mix, spinach and basil, the plan is to also sell more unique varieties that people may not have tasted before. Among those Counne tested during his pilot were spicy wasabi arugula, tart red sorrel and horseradish-tinged red mizuna.

Counne is proud that his first farm is bringing fresh vegetables and jobs to an area that needs both. Parts of Calumet City are in a food desert.

Counne will be hiring for a variety of positions, from harvesters to software engineers to executives. He plans to implement a training program that will allow people to move from entry-level roles to positions managing the computer algorithms.