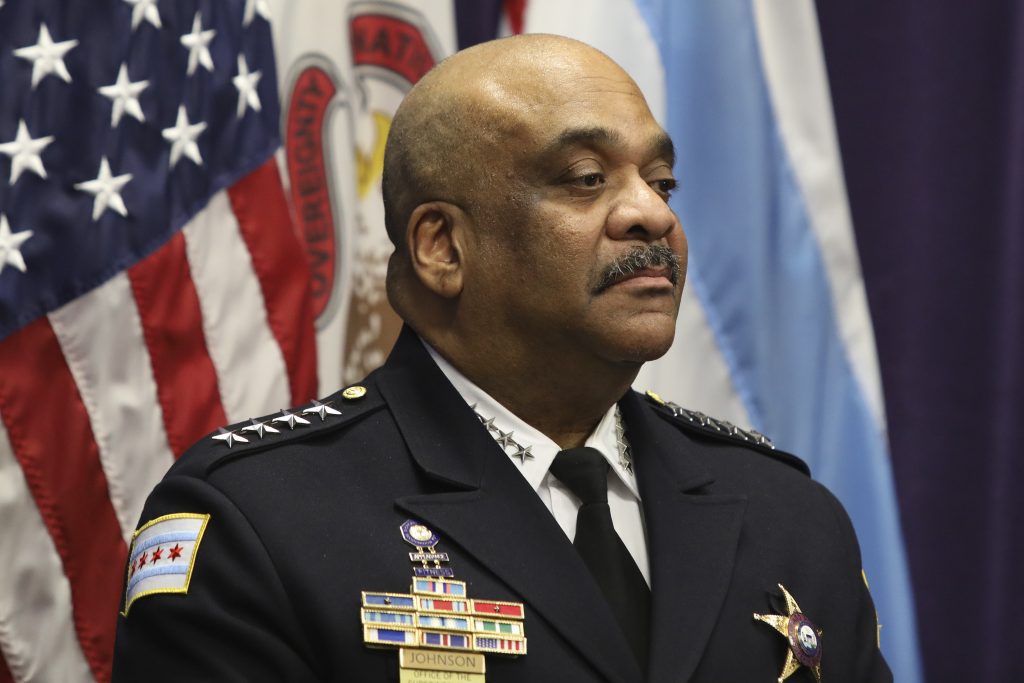 An inspector general’s report concluded Thursday that former Chicago Police Superintendent Eddie Johnson drove a city vehicle while under the influence of alcohol and lied about the incident that led to his December firing.

Johnson was found asleep behind the wheel of his police car in October after consuming “several large servings of rum” at a downtown restaurant with a member of his security detail, according to the Chicago Office of the Inspector General.

According to the report, Johnson made false statements to the public and Mayor Lori Lightfoot, saying he had been out to dinner with friends and that he had ordered an internal investigation of the incident. Johnson initially blamed the incident on his failure to take his blood pressure medication and didn’t mention alcohol.

That omission resulted “in a materially inaccurate portrayal of the incident in remarks he made while in uniform and speaking in an official capacity,” according to the report. He later acknowledged he had drinks with dinner.

Johnson, who was named superintendent in 2016 and announced his retirement in November, was fired by Lightfoot in December for “ethical lapses.” He later admitted a “lapse of judgement,” but said he would let his reputation for integrity earned during more than 30 years as a police officer speak for itself. Johnson’s spokesman didn’t return a message Thursday.

The report said Johnson drove the security officer from the restaurant to police headquarters where the officer got into a city vehicle and drove off. Johnson also left headquarters, parking illegally in a neighborhood with the car running. A witness called 911 to report a man asleep behind the wheel. Several police officers and fire official checked on Johnson, but no field sobriety test was administered.

Johnson was allowed to leave the scene and drove erratically, including blowing a stop sign and turning into the wrong lane. The report cited footage from private security cameras and police body and dash cameras.

Further investigations into the actions of the security staff and officers responding to the scene were pending.