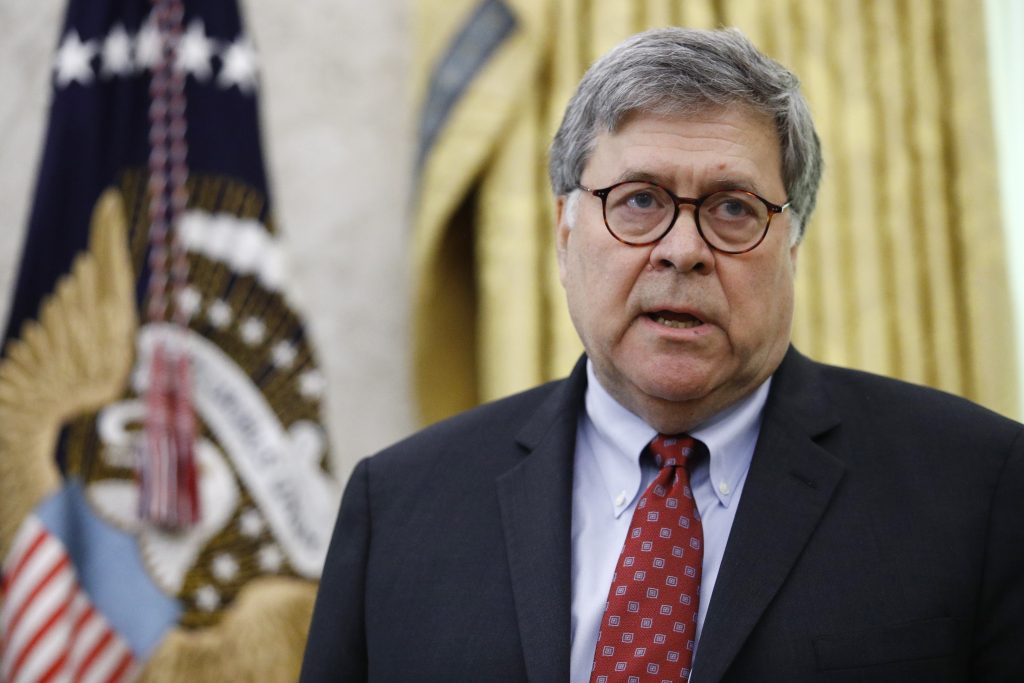 The United States has become overly reliant on Chinese goods and services, including face masks, medical gowns and other protective equipment designed to curb the spread of the coronavirus, Attorney General William Barr said Thursday.

He also accused hackers linked to the Chinese government of targeting American universities and businesses to steal research related to vaccine development, leveling the allegation against Beijing hours after Western agencies made similar claims against Russia.

Barr’s address at the Gerald R. Ford Presidential Museum in Grand Rapids, Michigan, is part of a full-court press by the Trump administration to denounce China. President Donald Trump is trying to fend off criticism of his handling of the coronavirus and the U.S. economic downturn and to shift the blame back onto Beijing, and assert that he is tougher on China than Democratic rival Joe Biden.

“The People’s Republic of China is now engaged in an economic blitzkrieg — an aggressive, orchestrated, whole-of-government (indeed, whole-of-society) campaign to seize the commanding heights of the global economy and to surpass the United States as the world’s preeminent superpower,” Barr said.

Administration officials in recent weeks have stepped up their rhetoric about China’s alleged economic espionage, with a New York Post opinion piece by national security adviser Robert O’Brien and a speech last week in which FBI Director Chris Wray detailed what he said were efforts by China to steal American research and innovation. He said the FBI was opening a counterintelligence investigation related to China about every 10 hours.

Barr’s speech amounted to a wide-ranging condemnation of what he said were Beijing’s tactics to gain an economic upper hand in the 21st century and to pressure American corporate leaders to promote policies favorable to the Communist government. He warned that American business leaders could run afoul of federal foreign lobbying laws if they do not disclose relationships with Beijing, and that universities that welcome Chinese-funded initiatives could unwittingly lose control of academic research.

“Globalization does not always point in the direction of greater freedom. A world marching to the beat of Communist China’s drums will not be a hospitable one for institutions that depend on free markets, free trade, or the free exchange of ideas,” Barr said.

Trump’s own relationship with China has been complicated. He has spoken at times of a productive rapport with Chinese leader Xi Jinping, and former national security adviser John Bolton writes in a new book that Trump asked Xi for help with Trump’s reelection bid.