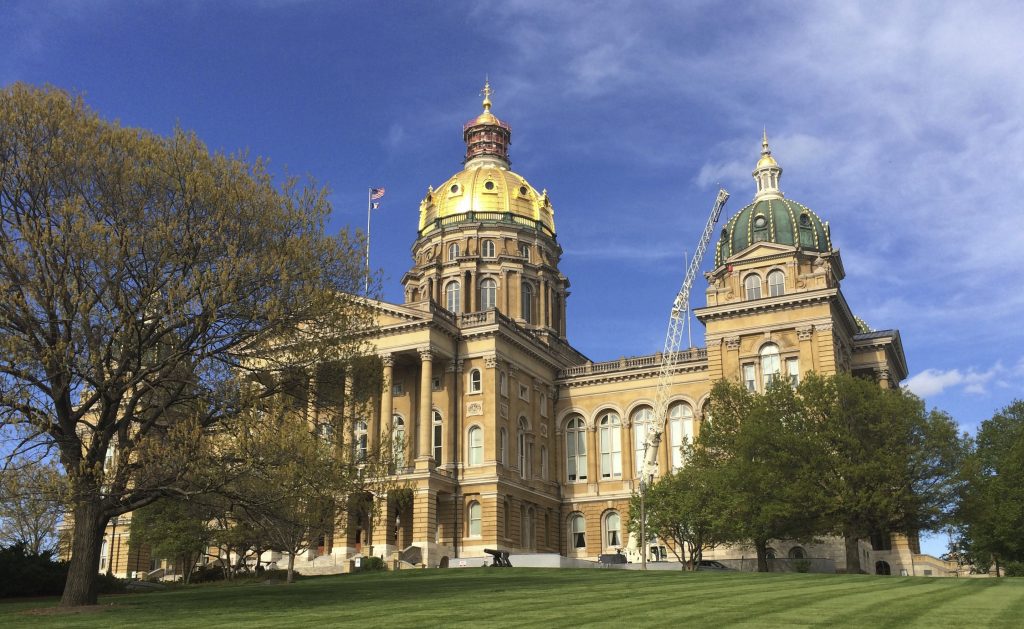 Iowa, South Carolina and South Dakota have now joined Nebraska in agreeing to share state driver’s license information with the U.S. Census Bureau to help the Trump administration to determine the citizenship status of every U.S. resident.

Until recently, Nebraska had been the sole state to sign an agreement with the Census Bureau to share the information. President Donald Trump ordered the Census Bureau last year to gather citizenship data from the administrative records of federal and state agencies after the U.S. Supreme Court blocked his administration’s effort to place a citizenship question on the 2020 census questionnaire.

The overwhelming majority of states have refused to share information about driver’s licenses and ID cards. The governors of the four cooperating states are Republicans. Their cooperation was first reported by NPR.

Opponents of gathering the citizenship data worry it will be used by states and local governments to redraw legislative boundaries using only U.S. citizens instead of the entire population. Doing so would be advantageous to Republicans and non-Hispanic whites, according to opponents.

The Department of Commerce, which oversees the Census Bureau, says it has enough administrative records to determine the citizenship of almost 90% of the U.S. population, and records collected for the order would only fill in the remaining gaps.

The agreement with South Carolina was signed earlier this month, and the Census Bureau is paying South Carolina $27,000 for the data. South Carolina law allows the sharing of information if it’s for carrying out “legitimate government agency functions,” Julie Roy, a spokeswoman for the South Carolina Department of Motor Vehicles, said in an email.

South Dakota signed an agreement with the Census Bureau in April requiring it to send monthly driver’s license information including names, addresses, birth dates and citizenship status. Since it requires proof of U.S. citizenship or lawful immigration status, South Dakota does not allow people who are in the country illegally to get a driver’s license or ID card.

The data is to be used “solely for statistical purposes and not for program or administrative enforcement,” according to the South Dakota agreement. Similar language is used in the agreements with Iowa and South Carolina. The agreements also limit the Census Bureau from sharing the data with other agencies.

The South Dakota Department of Safety released a statement saying its licensing program “is authorized to share information for use by any government agency in carrying out its functions.”

Iowa began sending its data to the Census Bureau in March. In Iowa, only citizens or residents in the country legally can get a driver’s license or ID card so citizenship status isn’t included in its information.

House Democrats have filed legislation that would nullify Trump’s order on gathering the citizenship data.

House Democrats investigating the origins of the failed citizenship question for the 2020 census said a Trump transition adviser was in contact with an influential Republican redistricting guru, Thomas Hofeller, when the citizenship question was being drafted in 2017. Hofeller advocated using voting-age citizens, instead of the total population, as the population base for redistricting. In documents that surfaced after his death in 2018, he acknowledged his intent was to help Republicans.

The 2020 census — a once-a-decade head count — helps determine how $1.5 trillion in federal spending is allocated and how many congressional seats each state gets.

Democrats say the attempt to gather the citizenship information is part of an ongoing effort by the Trump administration to politicize the Census Bureau. House Democrats have asked Commerce Secretary Wilbur Ross to withdraw the recent appointments of Nathaniel Cogley and Adam Korzeniewski to top agency positions, and the department’s inspector general is looking into how they were hired.

Many residents in immigrant communities were already fearful about filling out the census, and the agreements with the states show Trump is attempting an “end run” around the Supreme Court ruling, said Taneeza Islam, an immigration lawyer who runs an advocacy organization called South Dakota Voices for Peace.

“Many people do not trust filling out government forms and this just adds another layer to that mistrust,” Islam said.