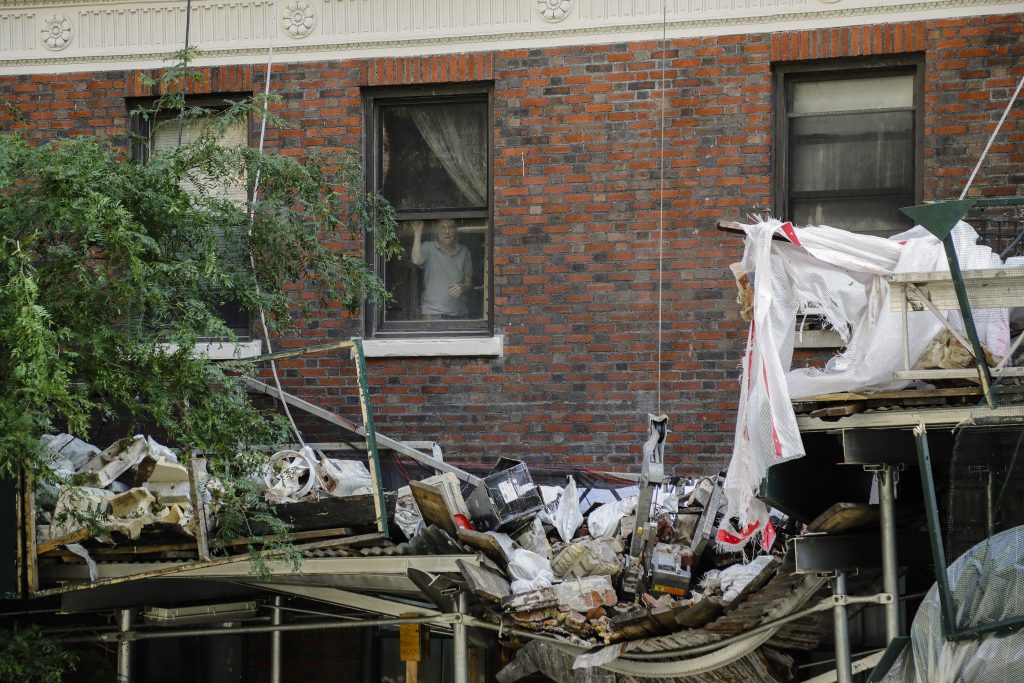 A person died and three others were injured Thursday after scaffolding on the outside of a Manhattan building collapsed, authorities said.

The Fire Department said the injured people were taken to the hospital.

It was unclear what led to the scaffolding collapse. The apartment building dates to the 1920s, city records show.

Building manager Halstead Real Estate said it was saddened by the collapse, and that it was under investigation.

Police urged people to avoid the scene, between Lexington and Third avenues, and the Department of Buildings was on site.