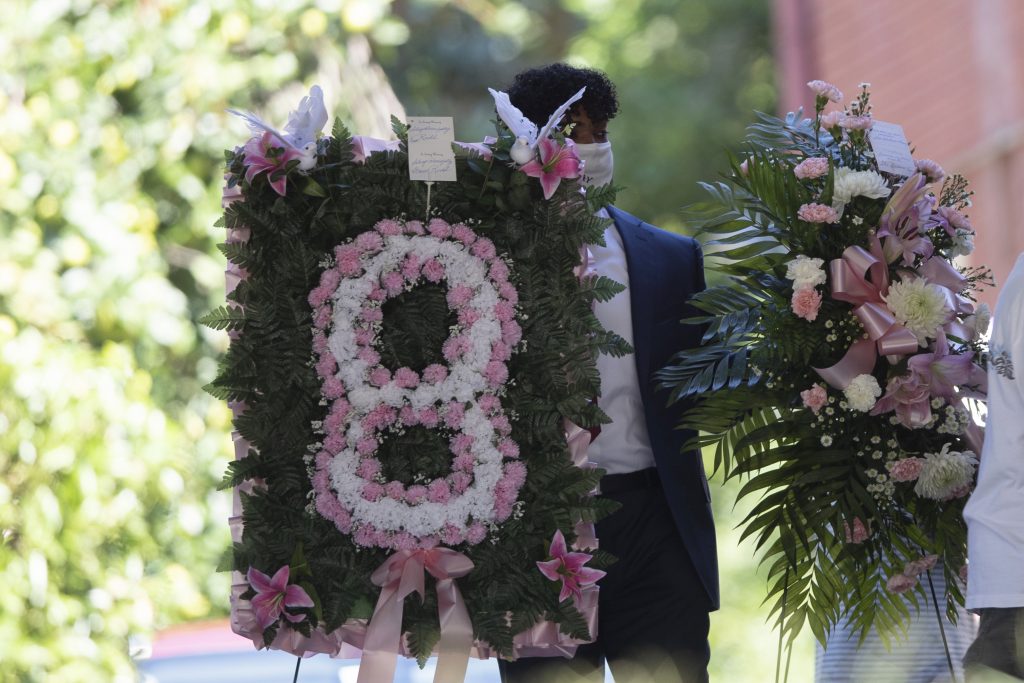 A teen suspect has been charged with felony murder and aggravated assault in the shooting that killed an 8-year-old Atlanta girl near the site of an earlier police shooting, officials said Wednesday.

Conley’s attorney, Jackie Patterson, said Conley was peacefully protesting and witnessed the shooting but did not open fire himself, though he was armed.

“It is no doubt this comes as a shock,” he said. “Why would you want to charge a man who saw a crime but did not participate in a criminal act? Police would have a better chance at winning the lottery than getting a conviction on my client.”

News of the charges broke as mourners attended Secoriea’s funeral Wednesday at a church. A long line of relatives and friends filed past her body.

Secoriea was fatally shot on the Fourth of July while riding in an SUV with her mother and another adult near the Wendy’s restaurant where Rayshard Brooks, a 27-year-old Black man, was killed by a white police officer on June 12.

Makeshift barricades had been set up in the area after Brooks was killed, and armed men had been blocking roads in the area and turning some drivers away. The SUV that Secoriea was in was trying to make a U-turn at one of the barricades when at least one gunman shot into the vehicle, police said.

“He was in disbelief that people were shooting at the vehicle,” the attorney said.

Secoriea’s parents have pleaded for the public to help find whoever was responsible for the killing. A total of $50,000 in reward money was offered for the apprehension and conviction of those responsible.

At her funeral, Secoriea was described as bringing joy to everyone around her. When she began first grade, she walked into class with a unicorn backpack and “she was cute and bright with a smile to adore,” her teacher recalled.

“She sprinkled her magic all over the class, bringing laughter and joy to all of our faces,” she said. “Really, she made my heart smile and her life can teach us all a valuable lesson. So the lesson from Secoriea today is to be a unicorn — find your magic, use your power, speak your truth, spread your wings and share your shine.”