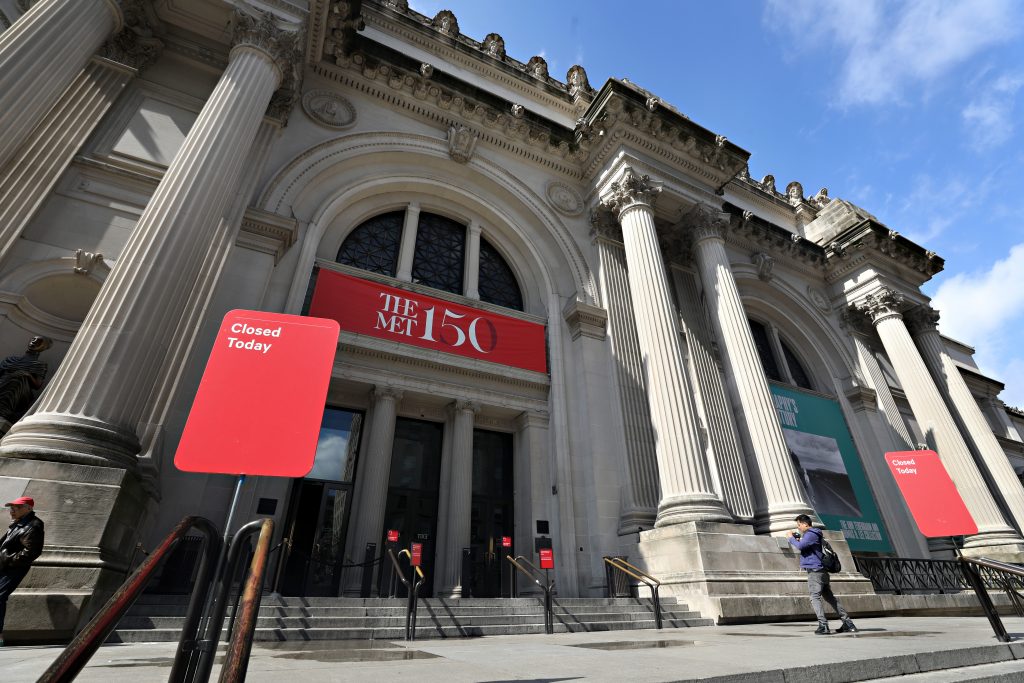 New York began to allow people to visit loved ones — with restrictions — at nursing homes Wednesday, but few homes have opened their doors.

Just 22 of more than 600 nursing homes in New York have submitted needed safety plans to allow limited visits, according to the state Department of Health. And it’s unclear just how many of them started allowing visits Wednesday.

Only nursing homes and long-term care facilities without any coronavirus cases among residents and staffers in the last 28 days can allow limited visits, under a plan announced by State Department of Health Commissioner Howard Zucker on Friday. Zucker’s agency had estimated that as many of one-fourth of the state’s nursing homes could qualify under that metric.

“We’re not sure where we’re going in the future, in terms of a second potential uptick in COVID-19,” he said. “We really need to provide families the opportunity to visit with their loved ones in person.”

New York’s rules are aimed at curbing the spread of the virus by visitors, particularly those without symptoms: Visitors face temperature checks and must wear face masks and abide by social distancing. Residents can only have two visitors at a time, no more than 10% of residents can have visitors at any one time, and the state’s rules limit visitation to outdoor areas, weather permitting.

Northwell Health spokesperson Barbara Osborn said the health care system plans to allow outside-only visits starting Monday at its two nursing homes on Long Island. She said both facilities have been COVID-free for 28 days, and that the system plans to submit its plans to the state this week.

In other coronavirus-related developments from New York:

New York has not seen a significant uptick in infections as the state has slowly reopened its economy starting in May, but Gov. Andrew Cuomo has sought to crack down on travelers from states where COVID-19 is spreading at higher rates. He’s also urging New Yorkers to wear masks, wash their hands and stay 6 feet away from others.

“We cannot go back to the [terrible time] we experienced three months ago, so please stay vigilant and New York tough,” Cuomo said Wednesday.

About 1.3% of people tested in New York for COVID-19 Tuesday were positive, according to Cuomo’s office. Nine deaths from the virus were reported.

Still, there were signs of upticks in parts of the state: Albany County in upstate New York saw 3.8% of 860 tests come up positive Tuesday, up from 1.9% Monday. On Long Island, the three-day average of positive results in Suffolk County has gradually increased to 1.7% from .8% in mid-June.

New York’s Metropolitan Museum of Art will reopen five days a week starting Aug. 29 after being shuttered since March 13 to curb the spread of the coronavirus, museum officials announced Wednesday.

The Met’s Fifth Avenue building will be open Thursday through Monday with safety protocols including frequent cleaning and visitors limited to 25% of the museum’s capacity, the officials said. Face coverings and social distancing will be required.

“Perhaps now more than ever the Museum can serve as a reminder of the power of the human spirit and the capacity of art to bring comfort, inspire resilience, and help us better understand each other and the world around us,” museum president Daniel H. Weiss said in a statement.

The Met’s Cloisters facility in upper Manhattan will open at a later date, officials said. The Met Breuer on Madison Avenue, which the Met took over in 2016, will not reopen. It is being turned over to the Frick Collection as a temporary home during renovation of the Frick’s Fifth Avenue mansion.

The planned reopening of the 150-year-old Met is the latest sign of New York’s cautious resumption of normal activities as city and state officials seek to avoid a resurgence of the virus.

About a dozen new cadets who arrived at West Point for training this week tested positive for COVID-19.

The U.S. Military Academy said Wednesday that 1% of the roughly 1,220 incoming members of the Class of 2024 tested positive, which works out to 12 new cadets.

Class members arriving at the academy from Sunday through Tuesday were immediately tested for COVID-19. West Point has said those who test positive will be quarantined for a period of time with the goal of eventually allowing them to join their companies.

All new cadets this summer are wearing face coverings and staying socially distant from one another as West Point adapts its training for the pandemic. This year’s Cadet Basic Training has been shortened from six weeks to four.