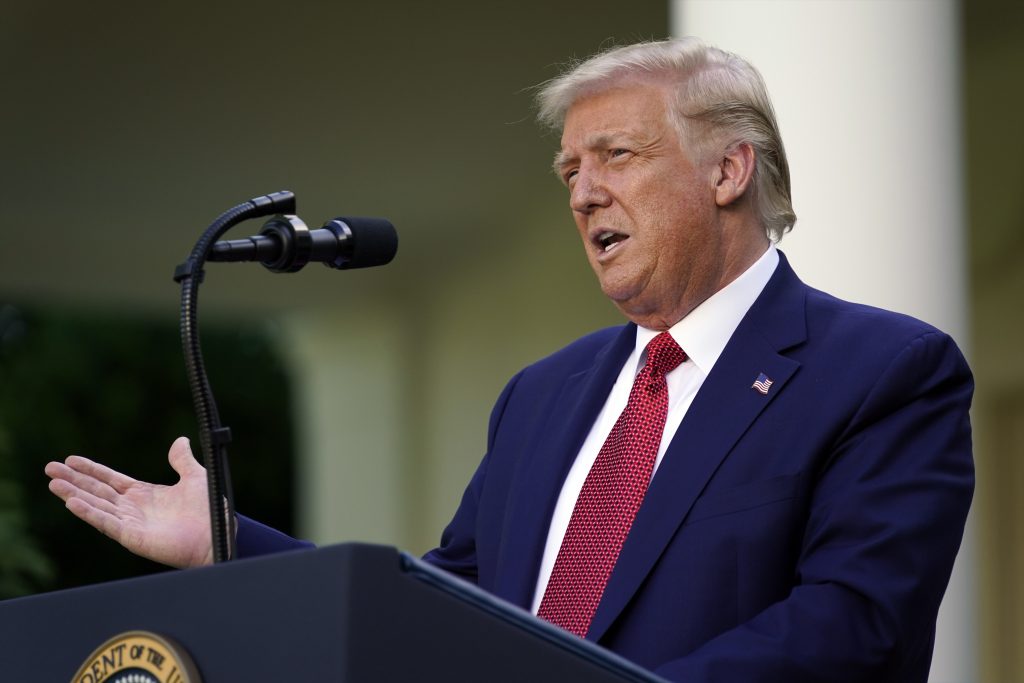 President Donald Trump on Tuesday signed legislation and an executive order that he said will hold China accountable for its oppressive actions against the people of Hong Kong. He used his Rose Garden speech to go straight at Democratic rival Joe Biden, saying his entire career had been a “gift to the Chinese Communist Party.”

The legislation and order are part of the Trump administration’s offensive against China for what he calls unfair treatment by the rising Asian superpower, which hid details about the human-to-human transition of the cornoavirus. The almost daily administration broadsides against China come as Trump as he works to portray Biden, his expected presidential challenger, as weak on China.

“So Joe Biden and President Obama freely allowed China to pillage our factories, plunder our communities and steal our most precious secrets,” Trump said, adding, “I’ve stopped it largely.'”

U.S.-China relations are at a low ebb. Since the two nations signed phase one of a trade deal, the talks are currently stalled with virtually no hope of restarting before the November election.

The legislation Trump signed into law targets police units that have cracked down on Hong Kong protesters as well as Chinese Communist Party officials responsible for imposing a new, strict national security law widely seen as chipping away at Hong Kong’s autonomy. The mandatory sanctions are also required to be imposed on banks that conduct business with the officials.

Lawmakers from both parties have urged Trump to take strong action in response to China’s new national security law that erodes the “one country, two systems” framework under which Britain handed Hong Kong over to China in 1997. Hong Kong is considered a special administrative region within China and has its own governing and economic systems.

“This law gives my administration powerful new tools to hold responsible the individuals and the entities involved in extinguishing Hong Kong’s freedom,” Trump said. “Their freedom has been taken away. Their rights have been taken away, and with it goes Hong Kong in my opinion because it will no longer be able to compete with free markets. A lot of people will be leaving Hong Kong, I suspect.”