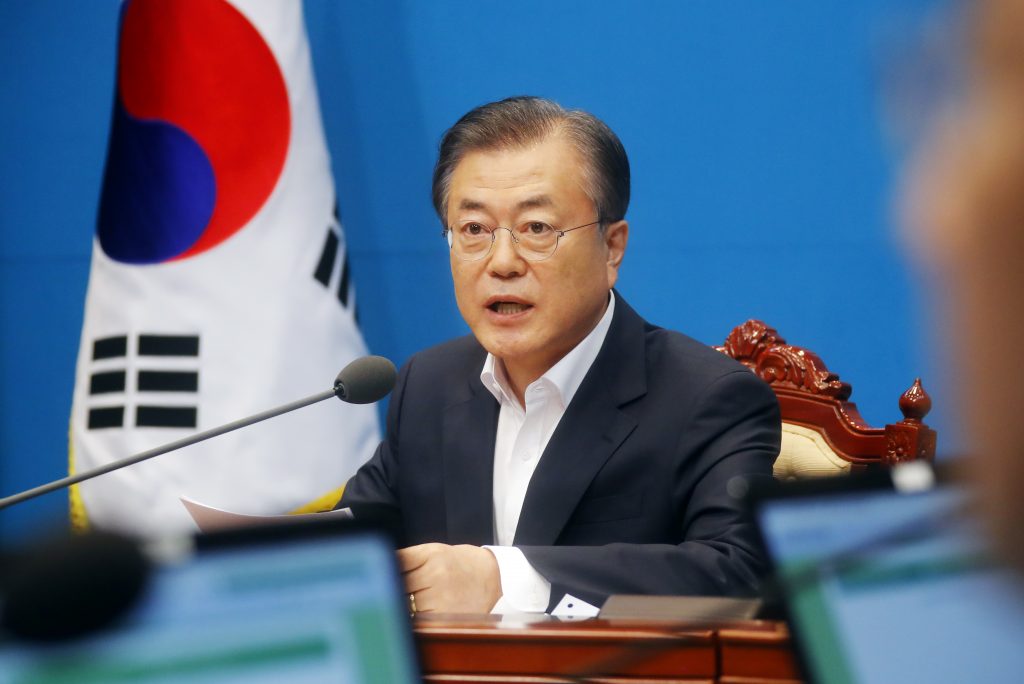 South Korea outlined a plan on Tuesday to spend 114.1 trillion won ($94.6 billion) on a “New Deal” to create jobs and help the economy recover from the coronavirus fallout, anchored in part by “green” investment in electric vehicles and hydrogen cars.

The six-year plan will build digital infrastructure and a stronger safety net for job seekers, but its “Green New Deal” aspects have drawn attention as they aim to cut heavy reliance on fossil fuels in Asia’s fourth-largest economy.

“The coronavirus pandemic once again reaffirmed the urgency of responses to climate change,” President Moon Jae-in said in a speech, adding that the new projects were expected to create about 1.9 million jobs through 2025.

The plan envisages investment in smart grids to manage electricity use more efficiently, promotion of remote medical services, a work-from-home policy for businesses and online schools based on fifth-generation (5G) wireless networks, and tax breaks for telecoms providers who install the systems.

First proposed by Moon’s ruling party ahead of the parliamentary election in April, the plan set ambitious goals of net-zero emissions by 2050, an end to funding of overseas coal plants, and introduction of a carbon tax.

But environmental groups criticized the initiatives as light on measures to rein in emissions.

“This plan is a half-baked deal that lacks the goal of curbing carbon emissions to net zero by 2050 and a roadmap to reach that,” Greenpeace Korea said in a statement.

A lawmaker helping to draft the legislation, Lee So-young, defended the lack of a nationwide timeline to phase out vehicles with internal combustion engines, saying it could be challenging for major auto exporters such as South Korea to adopt one.

“It’s easier for auto-import oriented countries like the United Kingdom to set a timeline,” she said.

Hyundai Motor plans to launch a next-generation electric vehicle with a range of 280 miles for every charge, which will take 20 minutes or less, Chung said in a message to the media.

It aims to export 1,600 hydrogen-powered trucks to Europe by 2025, and develop a new system that doubles battery life at half the price, he said.

Last week Seoul said it would invest 2.6 trillion won on its own version of the Green New Deal, and set a 2035 deadline to stop registration of vehicles with internal combustion engines.

It vowed to convert 4,000 of the capital’s fleet of 7,396 public buses to electric or hydrogen power by 2025, and promised more conversion incentives for new taxis.