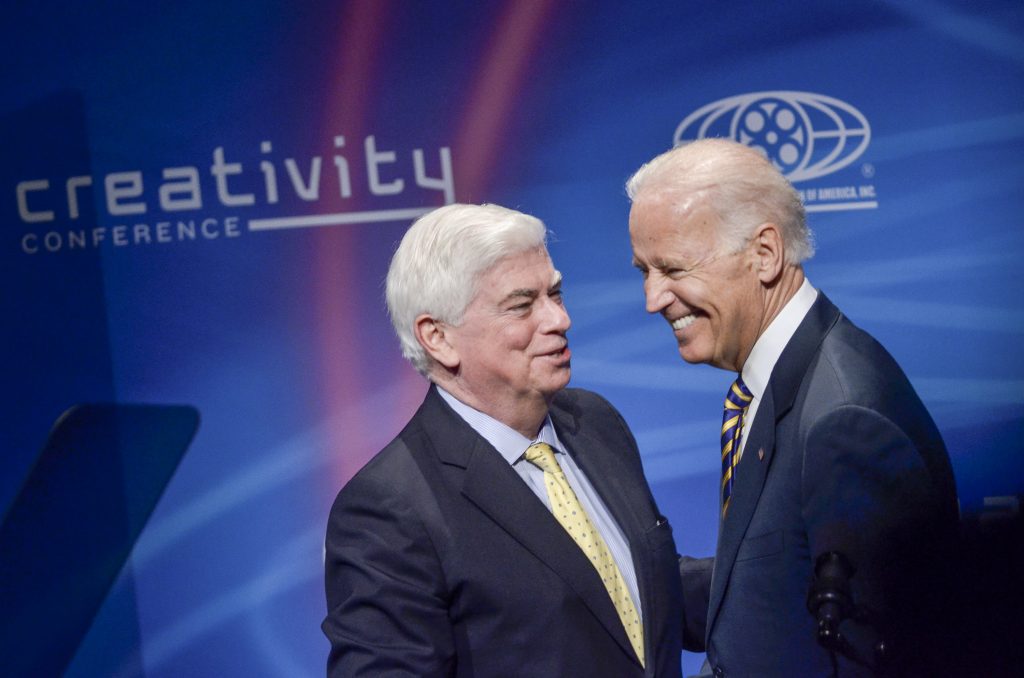 Joe Biden is on the verge of making one of the biggest decisions of his long political career, and he has turned to Chris Dodd to help him make the crucial choice.

Dodd is serving as co-chairman of a special task force that is vetting candidates to be Biden’s running mate. While three other co-chairs are helping in the process, none of them has the deep personal friendship and political ties that Dodd has with Biden, officials said.

Dodd has said he served in the trenches for 30 years “on a daily basis” with Biden on the Senate Foreign Relations Committee and on the Senate floor on a wide variety of issues and political battles. Dodd is now 76 years old, and Biden is 77.

They joined together in Connecticut last fall at one of the biggest fundraisers of the year for Biden’s presidential campaign at Gov. Ned Lamont’s Greenwich home, where Dodd stood side by side with Biden and pledged his support for the campaign.

“I’m going to dedicate the next 13 months of my life,” Dodd told the crowd at the time. “I don’t want to wake up on the day after the election in 2020 and think I didn’t do enough.”

While others have been raising money and plotting strategy, Dodd has spent long hours on the vice presidential vetting process, colleagues said. Dodd declined to comment for this article and is refusing all interviews in order to preserve the confidentiality of the selection, according to two close associates who have spoken to him.

But widespread media reports say national figures such as Sen. Kamala Harris of California and former national security adviser Susan Rice are in the running in a high-profile pick that could be announced before Aug. 1.

While the behind-the-scenes deliberations are secret, Biden tweeted on March 15 that “my running mate will be a woman.”

Former state Democratic Chairman John Droney, an attorney who has been involved in multiple campaigns, said Dodd is clearly a close confidant of Biden who is “the first among equals” on the team helping to choose the candidate in a delicate process that is often marked by political jockeying and outsized egos.

“Secrecy is very, very important,” Droney said. “The people who are potential candidates are often the ones who leak things to advance their own interests. There are some things that you can’t control, but the things you can control, you keep a pretty tight lid on it.”

He said Biden and Dodd are being careful to make sure that the candidate is best for the party and will not backfire.

“They want to avoid the Sarah Palin problem, which cost John McCain the presidency of the United States, in my opinion,” Droney said of the former Alaska governor, who was on the Republican presidential ticket in 2008. “That hurt him. You try to get a vice presidential candidate who doesn’t cost you anything and maybe gets you a point or two. McCain lost a point or two and then some, and Biden can’t afford to do the same thing. Period.”

Droney said he believes the best candidate is U.S. Sen. Tammy Duckworth of Illinois, who lost both legs while serving as a U.S. Army helicopter pilot in 2004 during the Iraq War.

“If you’re going to be practical about electing a president, you should pick a woman who will appeal to middle-class people who are not ideologues across the country,” he said. “She’s a war hero. She gave a lot for her country already. People respect that military service. That component is not part of the Democratic picture anymore. There are very few active Democrats who actually served in the military. … Biden needs to get the middle class of America on his team.”

Unlike Droney, U.S. Sen. Richard Blumenthal is not publicly backing a candidate to be Biden’s running mate because he is personally friendly with three fellow U.S. senators in contention — Harris, Duckworth and Elizabeth Warren of Massachusetts. Blumenthal has spoken to Dodd about the process and was not surprised about Dodd’s reluctance to talk publicly at this point.

“Joe Biden couldn’t rely on a person of better judgment and extraordinary insight than Chris Dodd, who is a battle-tested wise man of the political process who has seen it at a lot of different levels,” Blumenthal, D-Conn., told The Hartford Courant. “Chris Dodd’s contribution here is to offer insight on what the downsides might be with any particular candidate, as well as the advantages. There are people who are seeking to advise them, which comes with the territory. They’ve been to this rodeo before a number of times at the highest levels, so the rest of us are almost amateurs by comparison.”

The other three co-chairs in the selection process are not as prominent on the national stage as Dodd, who ran briefly for president and served as the general chairman of the Democratic National Committee during the Clinton administration. They are Los Angeles Mayor Eric Garcetti; U.S. Rep. Lisa Blunt Rochester, a Democrat from Biden’s home state of Delaware; and Cynthia Hogan, who has worked with Biden in the past and helped vet the nomination of U.S. Supreme Court Justice Sonia Sotomayor.

The biggest vice presidential vetting process in Connecticut history came in 2000, when U.S. Sen. Joe Lieberman joined the national ticket with then-Vice President Al Gore. Matthew Hennessy, a former Lieberman fundraiser, campaign adviser and staff member, said longtime Lieberman aide Sherry Brown told him that Lieberman had not been informed yet of the choice — even after it was announced by a reporter on a broadcast.

“That’s how secretive it is,” Hennessy said. “The nominee himself wasn’t told by Gore. The nominee’s not the last to know, but they’re not the first to know.”

Dodd recalled his decades together in the Senate with Biden when he endorsed him last fall.

“I know some have forgotten those days or were younger when they occurred, but I haven’t,” he said. “I was there. I was in the middle of it, and I can’t forget, along with others, how Joe Biden was a critical and highly valued leader in all those efforts. Joe Biden will not only win our American election of 2020 and defeat Donald Trump, he will lead an America that will make us all proud.”