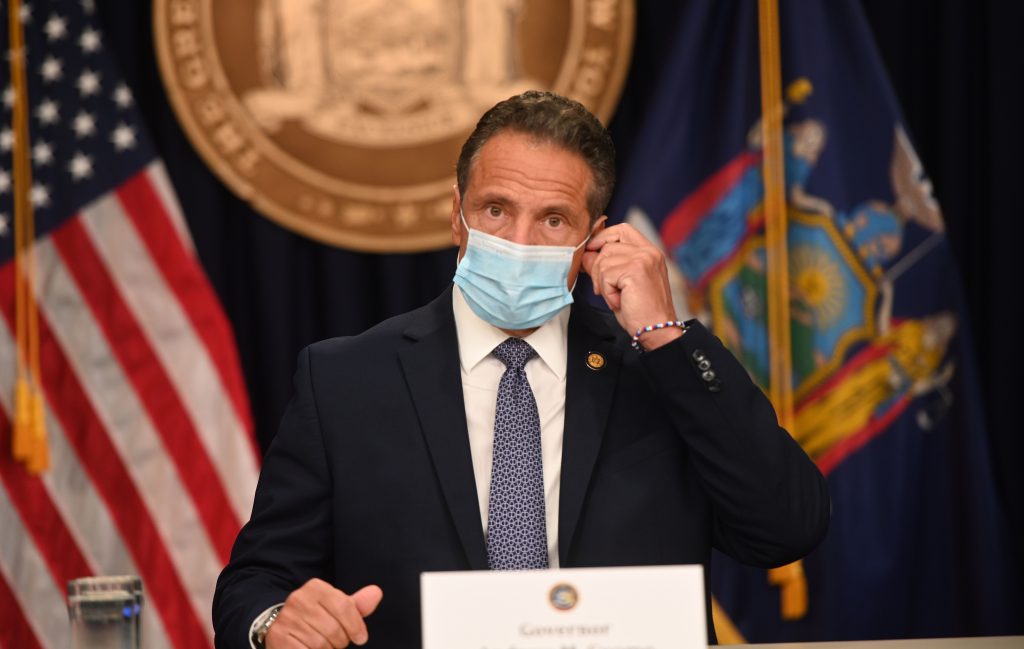 New York Gov. Andrew Cuomo is facing blistering criticism over an internal report that found no strong link between a controversial state directive that sent thousands of recovering coronavirus patients into nursing homes and some of the nation’s deadliest nursing home outbreaks.

Scientists, health care professionals and elected officials assailed the report released last week for failing to address the actual impact of the March 25 order, which by the state’s own count ushered more than 6,300 recovering virus patients into nursing homes at the height of the pandemic.

And some accused the state of using the veneer of a scientific study to absolve the governor by reaching the same conclusion he had been floating for weeks — that unknowingly infected nursing home employees were the main drivers of the outbreaks.

“I think they got a lot of political pushback and so their response was, ‘This isn’t a problem. Don’t worry about it,’” said Rupak Shivakoti, an epidemiologist at Columbia University’s Mailman School of Public Health.

“It seems like the Department of Health is trying to justify what was an untenable policy,” added Charlene Harrington, a professor emerita of nursing and sociology at the University of California at San Francisco.

Cuomo, who has been praised for leadership that helped flatten the curve of infections in New York, has also been criticized over his handling of nursing homes, specifically the order that told homes they could not refuse to accept recovering COVID-19 patients from hospitals as long as the patients were “medically stable.” The order barred homes from even testing such patients to see if they still had the virus.

The directive was intended to free up hospital beds for the sickest patients as cases surged. But relatives, patient advocates and nursing home administrators have called it a misguided decision, blaming it for helping to spread the virus among the state’s most vulnerable residents.

Cuomo reversed the order under pressure on May 10, long after New York’s death toll in care homes had climbed to among the highest in the nation. To date, nearly 6,500 deaths have been linked to the coronavirus in the state’s nursing home and long-term-care facilities.

But the 33-page state report flatly says “that nursing home admissions from hospitals were not a driver of nursing home infections or fatalities.”

Instead, it says the virus’s rampant run through New York nursing homes was propelled by the 37,500 nursing home workers who became infected between mid-March and early June and unknowingly passed the virus on.

The report noted that the number of residents dying at nursing homes peaked on April 8, around the same time as COVID-19 deaths statewide, but nearly a week before the peak of coronavirus patients being transferred from hospitals.

It also said 80% of the 310 nursing homes that admitted coronavirus patients already had a confirmed or suspected case among its residents or staff before the directive was issued. And it contends the median number of coronavirus patients sent to nursing homes had been hospitalized for nine days, the same period that the study said it likely takes for the virus to no longer be contagious.

“If you were to place blame, I would blame coronavirus,” Dr. Howard Zucker, the state health commissioner, told reporters last week.

Cuomo said in a later news conference that “ugly politics” were behind “this political conspiracy that the deaths in nursing homes were preventable. And now the report has the facts, and the facts tell the opposite story.”

But several experts who reviewed the report at the request of The Associated Press said it has fatal flaws, including never actually addressing the effect of the order.

Among the questions not answered: If 80% of the 310 nursing homes that took coronavirus patients already had cases before the order, what was the effect of the released patients on the other 62 homes? If the median number of patients was released into nursing homes for nine days, that means that by the study’s own count more than 3,000 patients were released within nine days. Could they have been infectious?

Denis Nash, an epidemiologist at the City University of New York School of Public Health, also noted that New York’s nursing home death toll doesn’t include nursing home residents who died at a hospital, a “potentially huge problem” that undercounts the virus’s toll and could “introduce bias into the analysis.”

Among the holes in the study highlighted by University of Texas, Houston, epidemiologist Catherine Troisi was a lack of data on what happened at dozens of nursing homes that had no COVID-19 infections before those sick with the virus were sent to them.

“Would this get published in an academic journal? No,” Troisi said.

Shivakoti said he thinks the report may be correct in concluding that the major drivers of the outbreaks were nursing home workers who were sick without knowing it. But that’s not the same as saying the discharges played no role.

“If they didn’t infect other patients directly,” Shivakoti said, “they still could have infected a worker.”

Dr. Mark Dworkin, a former Illinois state epidemiologist, said the finding that people don’t transmit the virus after nine days of illness applies in the population at large, but it’s not clear whether that’s true of nursing home residents who may have weaker immune systems and take longer to shed the virus. He said the state’s report used “overreaching” language.

“They really need to own the fact that they made a mistake, that it was never right to send COVID patients into nursing homes and that people died because of it,” said Dr. Michael Wasserman, president of the California Association of Long Term Care Medicine.

New York Department of Health spokesman Gary Holmes said the study was intended to “measure the strength of the variables. … The strongest factor in driving the nursing home infections was through staff infections.”

The Cuomo administration report will likely not be the last word. New York’s legislature plans to hold joint hearings next month, and Republicans in Congress have demanded Cuomo turn over records on the March 25 order and its effects.

“Blame-shifting, name-calling and half-baked data manipulations will not make the facts or the questions they raise go away,” Louisiana Rep. Steve Scalise, Republican leader of a House subcommittee on the COVID crisis, wrote in a letter to Cuomo last week.

Asked to respond, Cuomo spokesman Rich Azzopardi said: “We’re used to Republicans denying science but now they are screeching about time, space and dates on a calendar to distract from the federal government’s many, many, embarrassing failures. No one is buying it.”