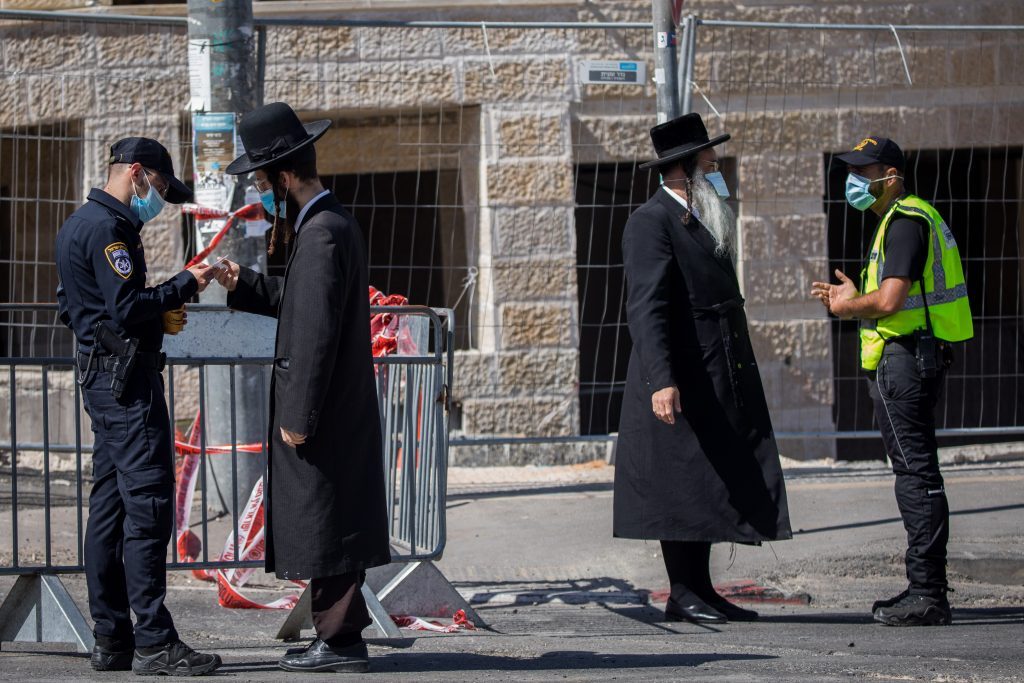 The jarring contrast of the two very different scenes is all too familiar.

Tens of thousands of noisy demonstrators are allowed to freely vent, many of them neither practicing social distancing nor wearing a mask. At the same time, authorities crack down harshly on Orthodox Jews for not keeping to regulations.

This time it isn’t taking place in New York City — where Black Lives Matter protesters were allowed to ignore all supposedly mandatory regulations, while Orthodox Jews attending a levayah received the brunt of the Mayor’s tongue-lashing. The current scandal is taking place in Israel.

As detailed in pages 2-3 of the newspaper section of this issue, a reported 80,000 protesters who gathered in Tel Aviv to voice their unhappiness with the economic ramifications of the coronavirus crisis were treated with silken gloves by the police — even though flagrant violations of COVID regulations were clearly on display. Groups gathered in beaches and drinking houses and the police looked the other way.

No such leeway was present in chareidi neighborhoods, where children were dragged into police cars and a mother arrested for forgetting her ID at home, or because the mask she was wearing didn’t cover her nose. In one video clip, a chareidi man is seen asking a policeman why he is not wearing a face mask. In response, the policeman punches the man in the face, and then proceeds to try to intimidate the individual filming the incident.

Entire chareidi neighborhoods were put under lockdown — a curfew that is so strict that, for all practical purposes, it is the equivalent of house arrest. Yet no such restrictions were placed on secular neighborhoods with their own high rates of virus cases.

MK Rabbi Eliyahu Chassid (United Torah Judaism) said what was on the mind of many when he pointed out that “the closures imposed on certain areas are useless, without bringing the residents the information they need to understand the lockdown. Why enforce a closure on Beit Shemesh and not in Raanana, where there are the same numbers of infections?”

Analysts within the chareidi community acknowledged that, in some cases, more needs to be done to ensure compliance with the health regulations. But they argued that any failings by some community members could not justify the double standard — and the mistreatment of entire chareidi communities.

In the meanwhile, the usual blame shifting continued. The police department says that the neighborhood closures are due to a decision made by the Knesset and the cabinet, and they are merely the messenger. For their part, the politicians insist that it is the indefensible conduct and harsh hand of the police that the public is so outraged over — and that is something that the police brass are solely responsible for. In reality, there is more than enough blame to go around for everyone.

The chareidi MKs are demanding an explanation from the Prime Minister. But the real answer has to be not in mere words and more political maneuvering, but in conduct and drastic change in attitude. The government and the police must recognize that their reputation is at stake. The blatant double standard, and the discrimination against chareidim must come to an end.