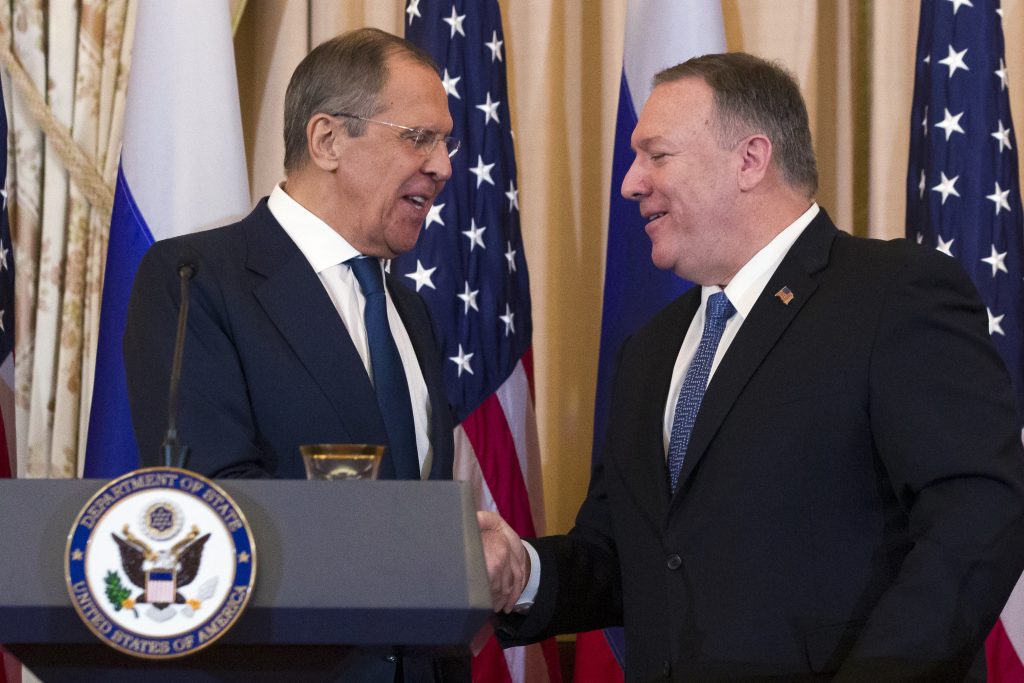 Secretary of State Mike Pompeo spoke Monday to his Russian counterpart about convening the leaders of the five permanent members of the U.N. Security Council to mark the 75th anniversary of the United Nations, the State Department said.

The department said Pompeo spoke to Russian Foreign Minister Sergey Lavrov about the possibility of a commemorative event “in the near future” that would involve President Donald Trump and the leaders of Britain, China, France and Russia. The U.N. had planned a series of celebrations to mark the occasion centered around the annual General Assembly session in September but has been forced to cancel or postpone many of them due to the coronavirus pandemic.

No details of the proposed summit were provided in the brief, four-sentence statement, but such a meeting, either in person or by teleconference due to COVID-19, would come as the U.S. pushes ahead with efforts to extend a U.N. arms embargo on Iran that is set to expire in October under the terms of the 2015 nuclear deal.

The Trump administration, which withdrew from the accord in 2018, faces stiff opposition to extending the embargo from its fellow Security Council members. The administration has threatened to invoke the “snapback” of all U.N. sanctions on Iran that were eased under nuclear deal unless the embargo is prolonged. The others say the U.S. no longer has standing to do so.

The department said in a statement that Pompeo and Lavrov also discussed Afghanistan, following reports that U.S. intelligence suspects Russia may be paying bounties to the Taliban to kill American and allied troops. Critics have accused the administration of ignoring the potential threat and demanded action. U.S. officials have countered that the intelligence was not conclusive.

The two men also discussed election security amid concerns Russia may try to meddle in the 2020 U.S. presidential vote, the statement said, adding that Pompeo had “raised” the matter.

The statement did not specifically mention the subject of arms control, which has been a particular point of contention between Washington and Moscow with the Trump administration warning it may not extend a key nuclear treaty that expires in 2021 unless China also becomes a party.