Business Starbucks Barista Who Got $100,000 Over Face Mask Dust-Up: ‘This Is So Mind-Blowing’
Business 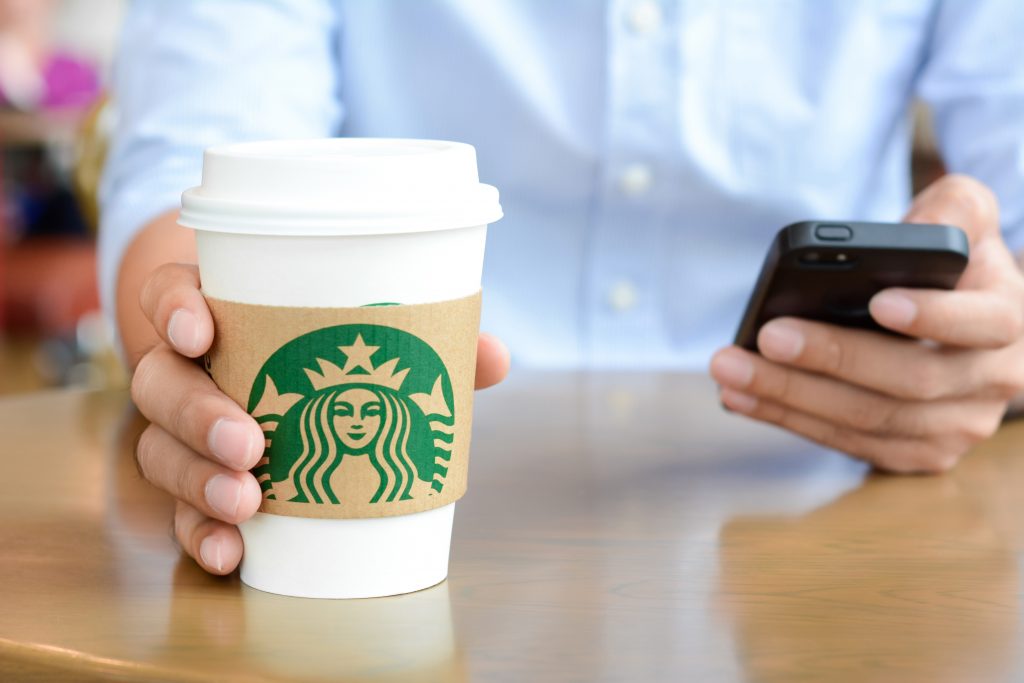 They brought him the money in a silver metal briefcase and placed it on a picnic table at Miramar Reservoir. Up came the lid: $100,000 in paper-strapped stacks of $50 bills.

All those greenbacks beside all that blue water — no wonder Lenin Gutierrez’s eyes got big.

“I (have) never seen anything like this except in [films],” he said.

Three weeks ago, the 24-year-old college student was working at a Starbucks in San Diego’s Clairemont neighborhood when a customer came in without wearing a face mask. He pointed out the coronavirus rules, she left, and then criticized him on social media for refusing to serve her.

That caught the eye of Matt Cowan, an Irvine marketing and brand strategist, who thinks masks are a good idea and internet bullying a bad one. So he started a “Tips for Lenin for Standing Up to a San Diego Karen,” using a social media label for overly entitled people who boil over in public.

The campaign reached that within hours, then hit $5,000 and kept growing. Something about it struck a nerve, vibrating along the political and cultural fault lines that rupture so much of American life these days, even during a public health crisis.

Newspapers and media outlets in San Diego and elsewhere spread the word and brought interest from donors as far as Australia.

Most people gave small sums, $10 or $20, but there were a lot of them — almost 8,000 — and as the cash poured in, Cowan said he realized his virtual tip jar wasn’t just making a statement. It was changing a life.

Gutierrez grew up in Chula Vista in a family without much money. So when the GoFundMe drive hit $10,000, he was ecstatic. When it hit $50,000, he was stunned. One hundred thousand? He doesn’t have the words.

“It’s more money than anyone in my family has ever had,” he said.

Now, what once seemed like dreams are goals — and attainable. He plans to move from community college to California State University, Fullerton and study kinesiology, the mechanics of human movement. He wants to apply what he learns to an art form, and share it with others as an athletic trainer.

“I feel like I’ve been given this incredible opportunity that I never saw coming,” he said, “and I don’t want to waste it.”

This wasn’t the first time a customer came into Starbucks without a mask, Gutierrez said. It wasn’t the last time, either.

“I would say about 80% of the people are cooperative and wear masks,” he said. “Another 10% just forgot and are apologetic about not having one. And then there are maybe 10% who just don’t want to wear one.”

His experience dovetails with public polling on the issue. A Pew Research report from late June found that 80% of Americans have worn masks at least some of the time while in stores, and 65% have worn them all or most of the time. Seven percent said they never wear a mask.

Gutierrez wasn’t expecting to get the money in cash. Cowan and a colleague, Will Collette, brought it to him last week. They did it so they could videotape the whole thing and post it online. It was also a way to show donors the campaign was legitimate; there have been fundraising scandals involving people raising money for supposedly worthy causes and then pocketing the proceeds.

“Great day to change somebody’s life,” Cowan said at one point in the video, just before he parked his car at Miramar Reservoir and walked toward Gutierrez with the metal briefcase.

“I don’t know what to say,” Gutierrez said when he opened the case and saw the stacks of bills. “This is so mind-blowing right now.”

He lives in Clairemont with one of his sisters, who was with him at the picnic table. His other sister was there too. So was his lawyer.

He’s had to get smarter about a lot of things since all of this happened, he said. What’s legal. What’s wise. He’s been talking with a financial adviser too.

“A lot of doors are opening up for me because of this,” Gutierrez said. “I want to make sure I’m doing the right thing, setting myself up for my life down the road.”

That’s why the first place he went after he left the reservoir was to the bank. All that cash in hand made him nervous.

He deposited the money, and is trying now to settle back into something approaching normalcy, even as his co-workers at Starbucks sometimes rib him about being “famous.”

He’s been working part time for the coffee retailer for about three years and has no plans to quit. “I’m not viewing this as something that means I can take a break from life,” he said. “I’m going to keep going as if the money never existed.”

That includes masks too.

“It’s the least we can do,” he said. “If all the doctors and health experts are right, we can help stop the spread of the virus. And if they’re wrong, it’s just a mask on your face. It’s not that big of a deal.”

Unless, of course, someone makes it one.