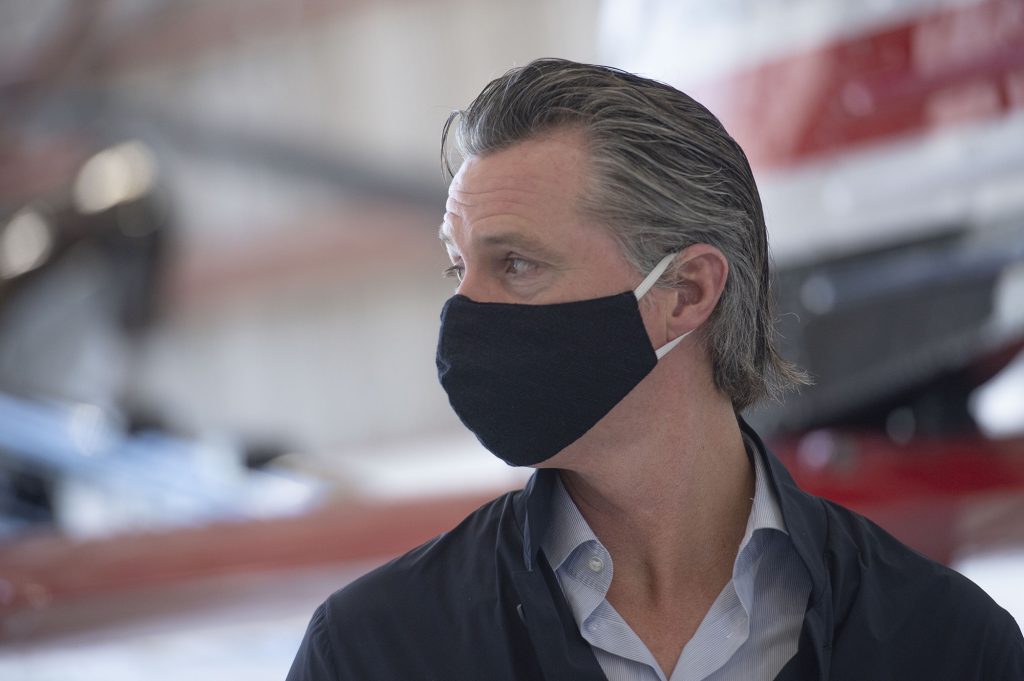 California Gov. Gavin Newsom on Monday extended the closure of bars and indoor dining statewide and ordered gyms, houses of worship and hair salons closed in most places as coronavirus cases keep rising in the nation’s most populated state.

On July 1, Newsom ordered 19 counties with a surging number of confirmed infections to close bars and indoor operations at restaurants, wineries, zoos and family entertainment centers like bowling alleys and miniature golf.

The Democratic governor extended that order statewide Monday. He also imposed additional restrictions on the 30 counties now with rising numbers, including the most populated of Los Angeles and San Diego, by ordering worship services to stop and gyms, hair salons, indoor malls and offices for noncritical industries to shut down.

“The data suggests not everybody is practicing common sense,” said Newsom, whose order takes effect immediately.

He didn’t include schools, which are scheduled to resume in a few weeks in much of the state. But Monday, the state’s two largest school districts, San Diego and Los Angeles, announced their students would start the school year with online learning only. LA Unified is the second-largest public school district in the country.

In March, California was the first state to issue a mandatory, statewide stay-at-home order to slow the spread of the coronavirus. The order appeared to work as cases stabilized in the ensuing weeks while other states grappled with huge increases.

But the order devastated the world’s fifth-largest economy, with more than 7.5 million people filing for unemployment benefits. Newsom moved quickly to let most businesses reopen in May. Like other states that took similar steps, a subsequent rise in cases and hospitalizations led him to impose new restrictions this month.

Newsom has compared his strategy of opening and closing businesses as a “dimmer switch,” highlighting the flexibility needed as public health officials monitor the virus’s progress

California confirmed 8,358 new coronavirus cases on Sunday. Cases have increased 47% over the past two weeks, while hospitalizations have jumped 28% during the same time period.

Overall, California has reported more than 329,100 cases and more than 7,000 deaths, though infections are probably higher because some people don’t show symptoms and there’s a lack of testing.