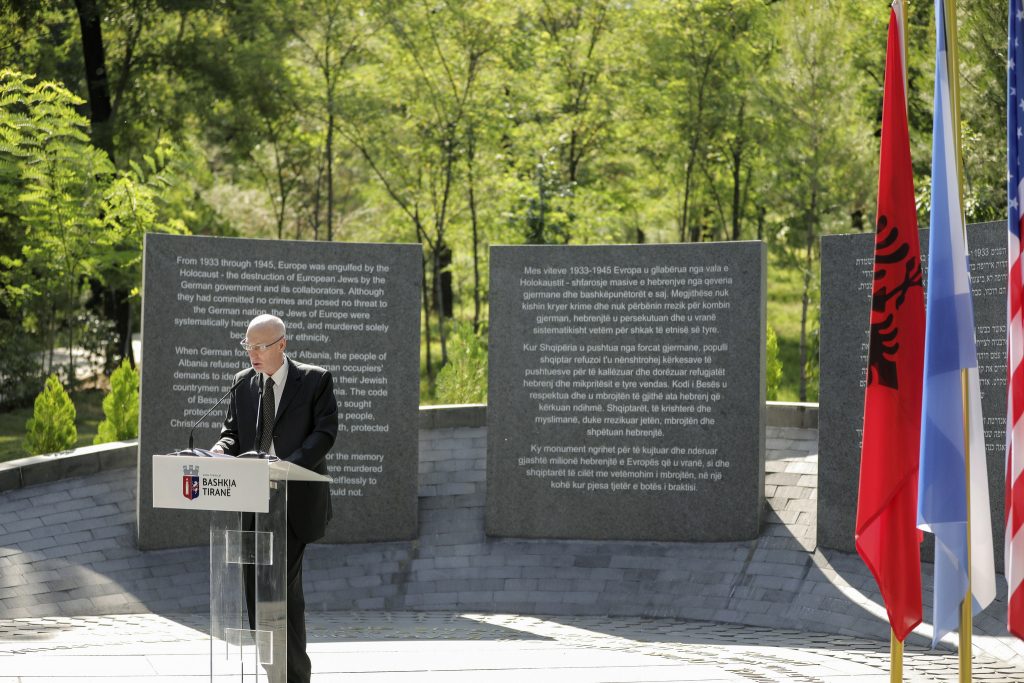 Albania unveiled a Holocaust memorial in the capital on Thursday to honor the dead and the Albanians who protected Jews from the Nazis.

The marble memorial was placed at an entrance to Tirana’s Artificial Lake Park. The inscription was written in three languages — English, Hebrew and Albanian — and it said that “Albanians, Christians and Muslims endangered their lives to protect and save the Jews.”

The Nazis murdered 6 million Jews, Hy”d, but Albania was the only country where no Jews died or were handed over. Albanians protected their few hundred Jewish friends, and helped other Jews who fled from Germany and Austria by either smuggling them abroad or hiding them at home.

“We are the only country with more Hebrews after World War II, where the Hebrews came in search of protection and salvation,” Albanian Prime Minister Edi Rama said.

Nazi German forces occupied Albania from September 1943 until November 1944, when they were pushed out by local communist partisans.

A small Jewish community living in Albania left the ex-communist country for Israel just after the fall of the regime in 1991.

“An excellent example from a small country which highlights the values of humanity, sacrifice and love, values which still stand as fundamental in Albania,” he said. “It would be magnificent if more nations would learn [about]  this part of Albania.”