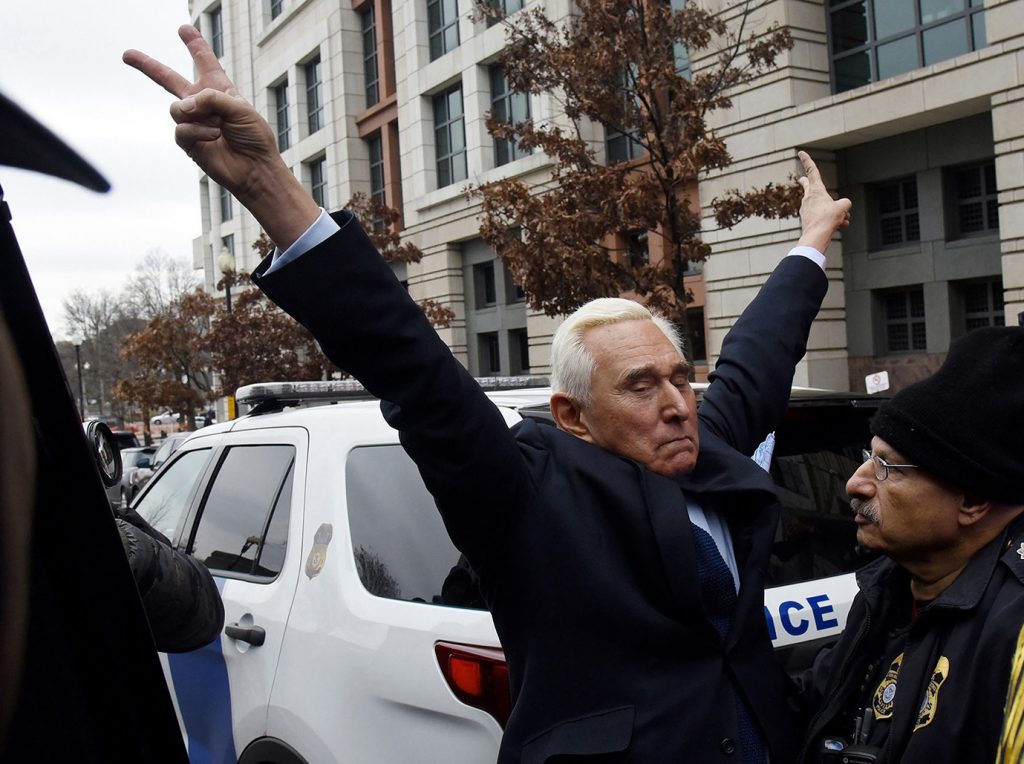 House Speaker Nancy Pelosi said that in the wake of President Donald Trump’s commutation of Roger Stone’s criminal sentence, she plans to support a bill limiting the ability of presidents to take such actions.

“President Trump’s decision to commute the sentence of top campaign adviser Roger Stone, who could directly implicate him in criminal misconduct, is an act of staggering corruption,” Pelosi said in a statement on Saturday.

Stone had been sentenced to more than three years in prison for witness tampering and lying to Congress. He’d openly lobbied for a pardon or commutation from Trump by touting that he had refused to cooperate with investigators looking into possible wrongdoing by the president.

“Congress will take action to prevent this type of brazen wrongdoing. Legislation is needed to ensure that no president can pardon or commute the sentence of an individual who is engaged in a cover-up campaign to shield that President from criminal prosecution,” Pelosi said.

A bill limiting the president’s powers of pardon and commutation would have no chance of becoming law as long as Republicans control the Senate and Trump remains in the White House. A vote in the House on such a bill could be politically difficult for some Republicans, however.

The bill would also likely face legal challenges were it to become law.

The Constitution gives the president the power to pardon and reprieve except in cases of impeachment, and some legal scholars say that wording proscribes Congress placing other limits. Others have argued that Congress could criminalize actions by the president to use the promise of a pardon to foster a cover-up.

“Congress could, for example, make it a crime for the president and the grantee to engage in a bribery scheme in which the grantee makes a personal payment or campaign contribution as part of an explicit quid pro quo arrangement,” law professors Bob Bauer of New York University and Jack Goldsmith of Harvard wrote in February for the Lawfare website.

Another option for Democrats could be to require the administration turn to Congress any evidence in cases resulting in pardon or commutation. Such a requirement could create a political disincentive due to the release of potentially embarrassing information.

House Intelligence Committee Chairman Adam Schiff in 2019 introduced the Abuse of the Pardon Prevention Act, H.R. 1627. The measure would require the U.S. Attorney General to give chairs and ranking members of the appropriate congressional committees, “all materials of an investigation that were obtained by a United States Attorney, another Federal prosecutor, or an investigative authority of the Federal Government, relating to the offense for which the individual is so pardoned.”

The White House argues that Stone was the target of a political witch hunt.