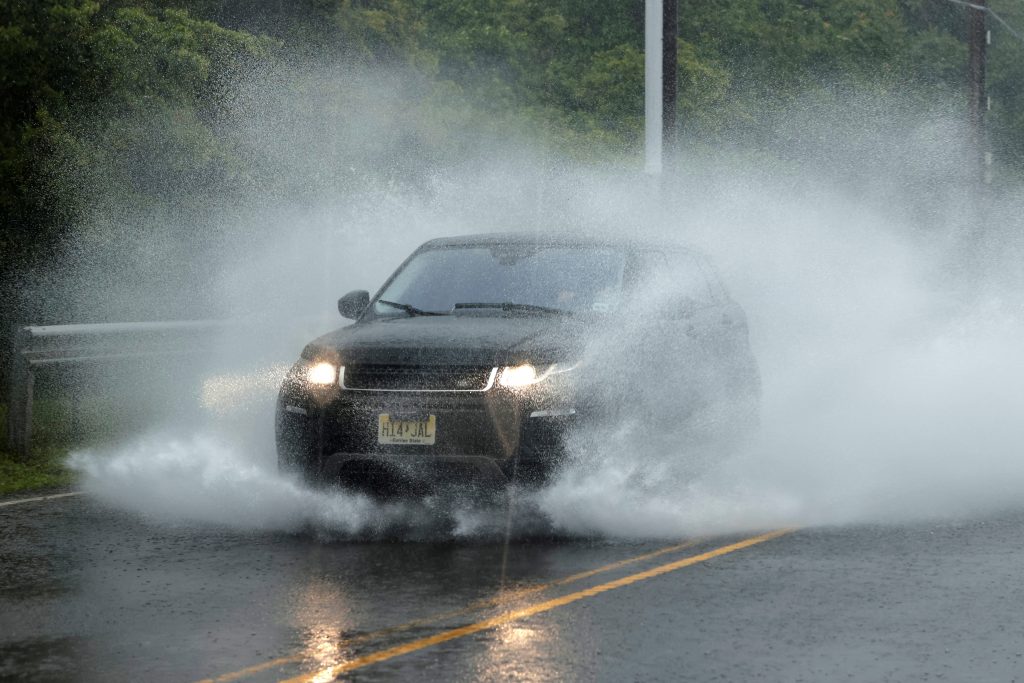 Fay had closed beaches and flooded shore town streets after it made landfall as a tropical storm Friday afternoon in New Jersey. It weakened once it hit land and was expected to dissipate Sunday, forecasters said.

Forecasters again decreased expected rain totals from Fay. The post-tropical low was expected to produce 1 to 2 inches of rain, with flash flooding possible in some areas.

The forecast track put the system moving into western New England and then southeastern Canada later Saturday and into Sunday, forecasters said. No coastal watches or warnings were in effect for the system.

Fay was the earliest sixth-named storm on record, according to Colorado State University hurricane researcher Phil Klotzbach. The previous record was Franklin on July 22, 2005, Klotzbach tweeted.

Two named storms formed before the official June 1 start of the hurricane season. None of this season’s previous five named storms strengthened into hurricanes.