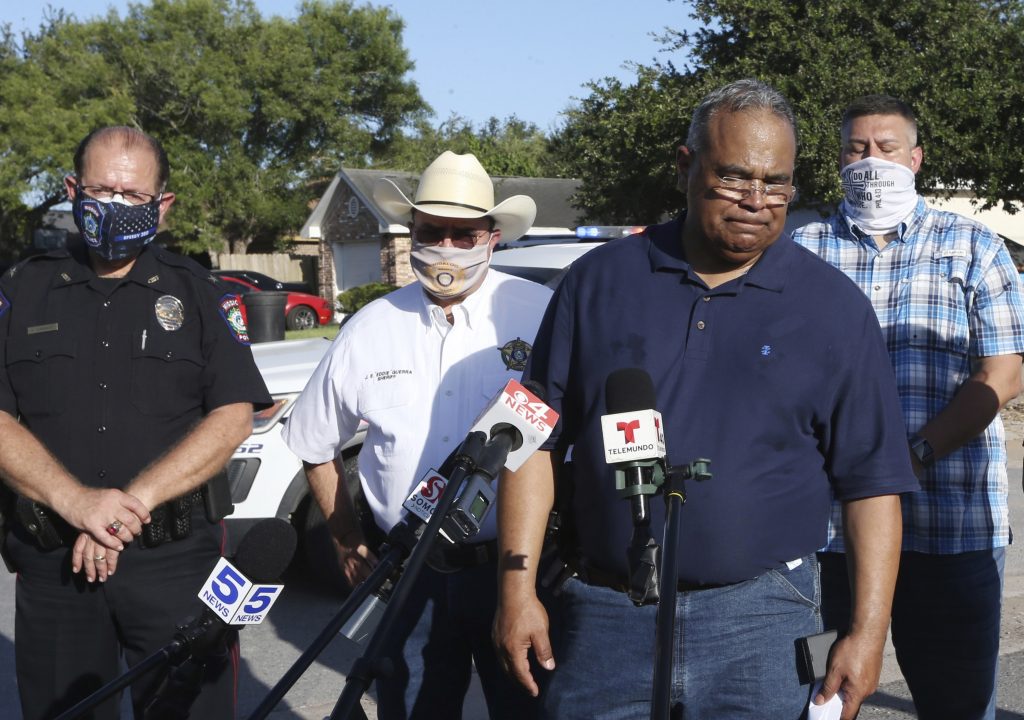 Two police officers were shot and killed Saturday in a South Texas border town after reportedly responding to a disturbance call, authorities said.

The McAllen police officers were shot on the south side of the city and transported to an area hospital, said Lt. Christopher Olivarez, spokesman for the Texas Department of Public Safety. A suspect in the shooting was also shot, though that person’s condition was not immediately available.

“We have lost two brave public servants who sought only to keep peace in our City,” McAllen Police Chief Victor Rodriguez told The (McAllen) Monitor.

Olivarez said DPS sent troopers to secure the scene after the McAllen Police Department requested their assistance. He said his agency received a call about the incident around 4:30 p.m. McAllen is located at the southern tip of Texas, about 70 miles west of the Gulf of Mexico

Texas Attorney General Ken Paxton tweeted that his office will provide the McAllen Police Department with any help needed.

“Our prayers and full support are with the valiant men and women of the #CityofMcAllen PD this evening,” the tweet read. “We are grateful for police in McAllen and around this great state.”

U.S. Rep. Vicente Gonzalez of McAllen said in a statement that receiving news of the two officers’ deaths was “devastating.”

“This is devastating news to our community. My heart breaks for these fallen officers and their families,” Gonzalez said. “They served McAllen bravely and honorably and I will keep them in my prayers.”

An investigation is ongoing. No further information was immediately available.