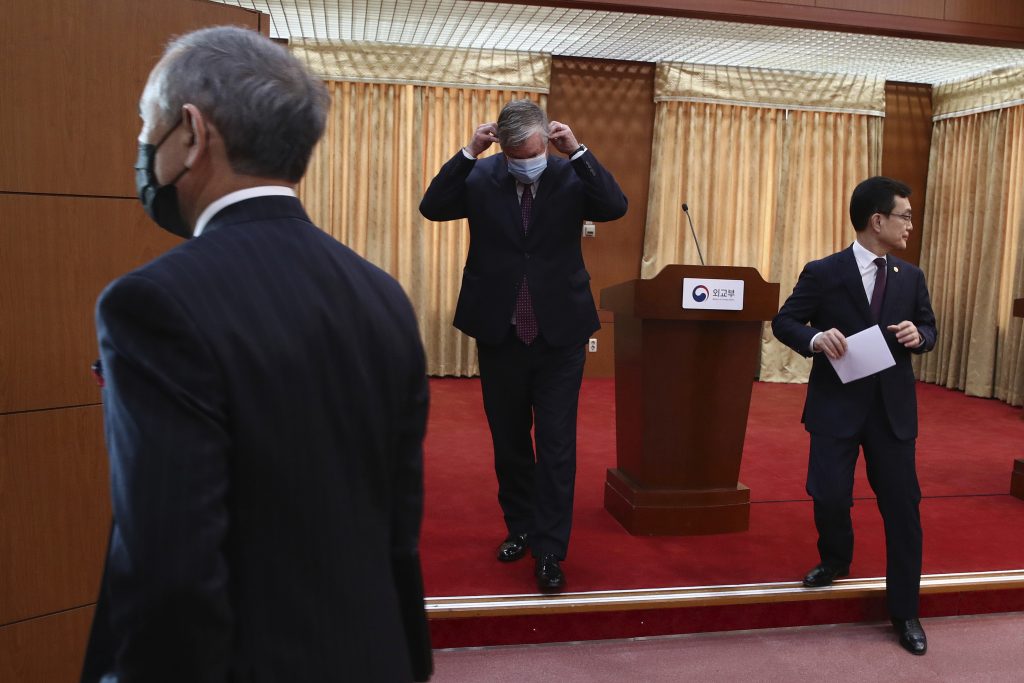 South Korea on Thursday asked a visiting senior U.S. envoy to try to revive stalled nuclear diplomacy with North Korea, which has refused to resume talks because of what it calls hostile U.S. policies.

U.S. Deputy Secretary of State Stephen Biegun, the top U.S. official on North Korea, has been in Seoul for talks since Tuesday. He was to travel on to Japan later Thursday.

During a meeting with South Korea’s newly appointed presidential national security adviser, Suh Hoon, Biegun stressed the importance of a resumption of talks between Washington and Pyongyang and agreed to maintain close coordination with Seoul, the presidential Blue House said in a statement.

Suh appraised Biegun’s efforts to restart the U.S.-North Korean diplomacy and asked him to continue those efforts, the statement said.

After meeting with other Seoul officials on Wednesday, Biegun suggested that Washington remains open to talks with Pyongyang. But he also accused a senior North Korean nuclear negotiator who had blamed the deadlocked talks on American hostility of being “locked in an old way of thinking.” This indicated that Washington won’t likely make concessions to resume the talks despite the North’s pressure.

The nuclear diplomacy has yielded little progress since the breakdown of a second summit between Kim and President Donald Trump in early 2019. South Korea’s liberal government, which earlier facilitated the early parts of the nuclear diplomacy, has said it’ll push for the talks’ resumption to achieve a lasting peace on the Korean Peninsula.