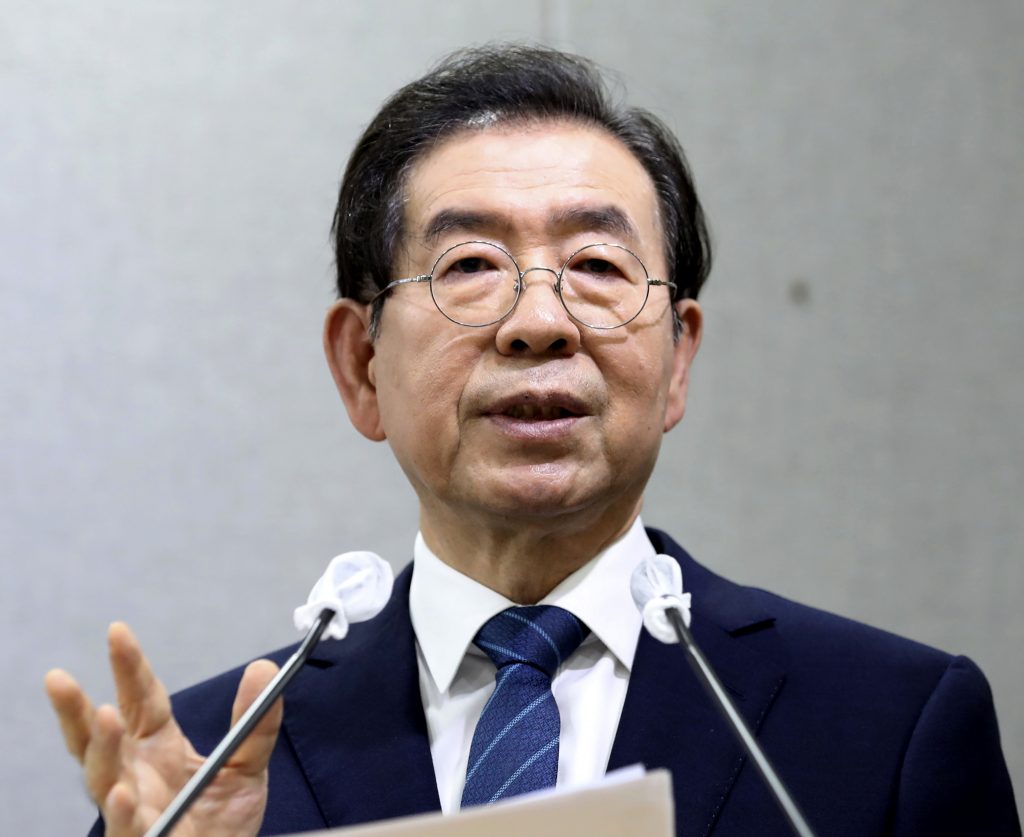 The body of the missing mayor of Seoul was found early Friday.

Park Won-soon’s body was located in hills in northern Seoul more than seven hours after police launched a massive search for him. Park’s daughter had called police on Thursday afternoon to report him missing, saying he had given her a “will-like” message before leaving home.

Kim Ji-hyeong, a Seoul Metropolitan Government official, said Park did not come to work on Thursday for unspecified reasons and had canceled his entire schedule, including a meeting with a presidential official at his Seoul City Hall office.