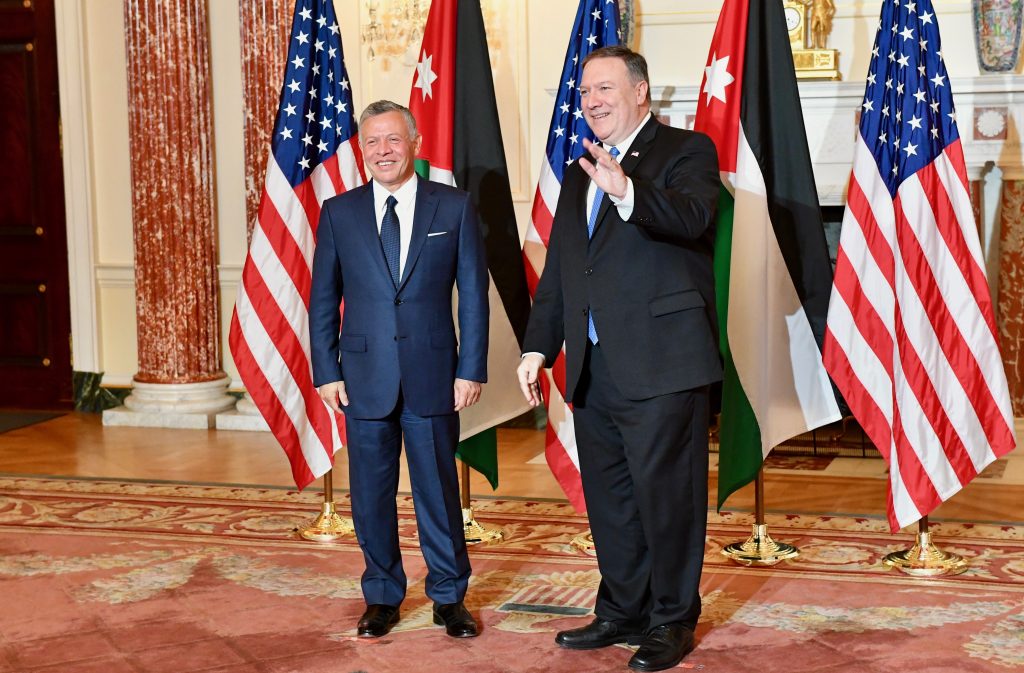 Jordan’s King Abdullah II made his latest statement against Israeli plans for annexation in a phone call with U.S. Secretary of State Mike Pompeo on Thursday.

Abdullah reiterated his country’s “steadfast position” against annexation, the Jordanian foreign ministry said on Thursday. Jordan has for weeks been threatening dire consequences, including a review of its treaty with Israel, if annexation should occur.

“If Israel really annexed the West Bank . . . it would lead to a massive conflict with the Hashemite Kingdom of Jordan,” Abdullah said in a May interview with Der Spiegel, warning that the end of Palestinian autonomy would mean “more chaos and extremism in the region.”

However, the U.S. State Department’s own summary of the call did not mention the Israeli-Palestinian conflict. It only said that America and Jordan were cooperating on combating the coronavirus pandemic as well as monitoring “developments in Syria.”

Meanwhile, the July 1 target date for advancing annexation, which Israeli Prime Minister Binyamin Netanyahu‏‏ committed to, has passed without action. Israel has been faced with a relentless campaign by European and Arab countries, Russia, the U.N. and others to abandon annexation.

Moreover, the Trump administration has apparently drawn back from any unilateral moves at this time.

And within his own government, Defense Minister Benny Gantz has said repeatedly that extension of sovereignty must by in consultation with the Palestinians and Israel’s neighbors, which effectively means no support for it.