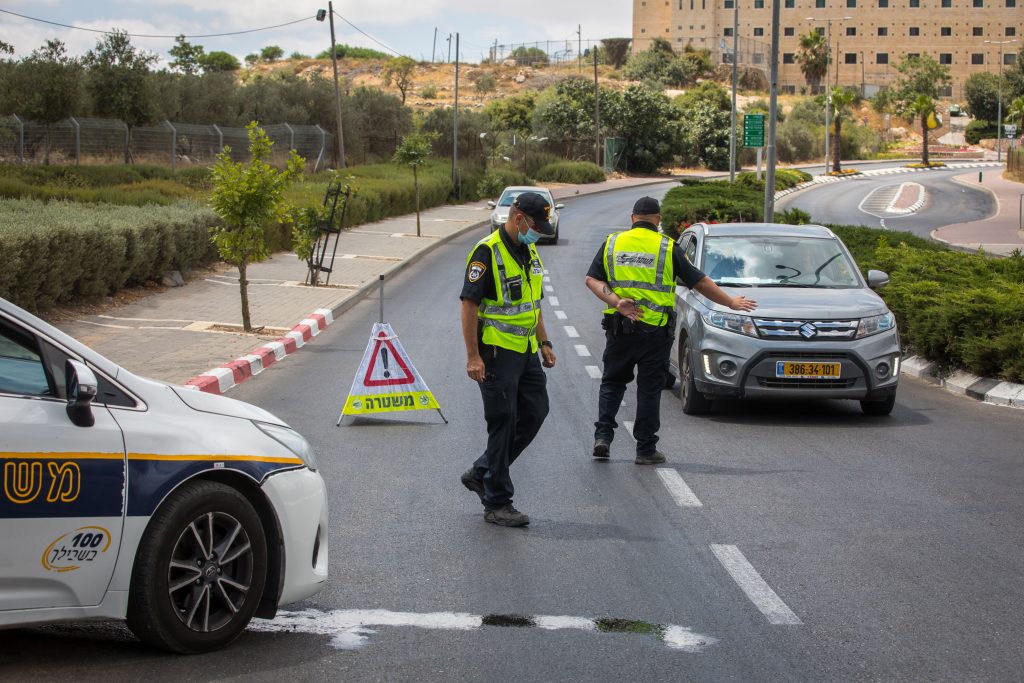 The level of new coronavirus continued to spiral upward, as the Health Ministry reported 1,650 new cases in the 24-hour period from Wednesday night to Thursday night, bringing the total number since the start of the pandemic to 34,825.

The ministry also said there were two more fatalities on Thursday, bringing the COVID-19 death toll to 348.

According to ministry figures, there are currently 16,025 active virus cases — 1,509 more than last night. This includes 122 people in serious condition, of whom 39 are on ventilators. Another 87 people are in moderate condition and the rest have mild symptoms or are asymptomatic.

A ministerial committee was set to meet on Thursday night to decide on which cities should be designated restricted zones. The matter was deliberated on Wednesday, but the final decision was postponed.

Selected neighborhoods are on the list for isolation, but not entire cities.

Reportedly under consideration are: Modi’in Illit, Ramla, Beit Shemesh, Lod, Yerushalayim, Kiryat Malachi and Ashdod. Bnei Brak and Raanana were removed from a list of nine that were said to be candidates for lockdown as of late Wednesday, according to The Jerusalem Post.

Meanwhile, Defense Minister Benny Gantz ordered the call-up of an additional 2,000 reservists for the rest of the month to bolster response to the pandemic, his office said.

Some 750 reservists were already called up since Gantz entered the post.

The additional reservists will be deployed to areas most affected by the pandemic, assist in the Military Intelligence coronavirus information center, staff quarantine coronavirus recovery hotels, work with local governments and serve in the IDF Home Front Command’s headquarters.

IDF Chief of Staff Aviv Kohavi entered quarantine after it was confirmed that he had been exposed to a coronavirus carrier, according to local media reports.

Kohavi is said to be feeling well and not showing any symptoms of the virus. This is the second time he has been in quarantine. In April, he went into isolation after similar exposure, but tested negative and was released. He will continue to perform his duties from home, as much as possible.