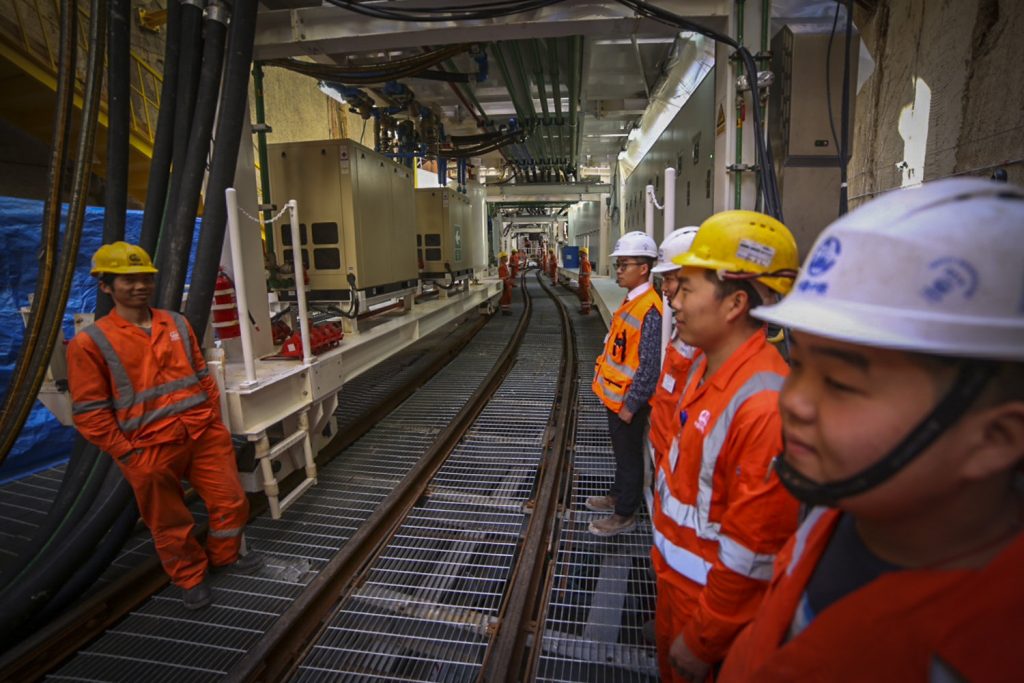 The U.S. has for several years now been pressuring Israel to curb China’s penetration of the economy. Now it’s China’s turn.

In response to an anti-trust suit brought in Israel’s High Court by local building companies against unfair competition from Chinese infrastructure companies, lawyers for the Chinese Enterprises Association in Israel (CEAI) warned that limiting their investments could cause harm to Israel.

Citing bilateral agreements, they called for the Prime Minister’s Office, National Security Council and Foreign Ministry to intervene. Otherwise, CEAI said in a document, “Israel’s diplomatic and economic interests can be severely harmed by this discussion,” according to a report in The Jerusalem Post.

“The ramifications of accepting the petitioners’ stance in relation to the Law for Promoting Competition and Reducing Market Concentration are mega-global, politically and diplomatically,” CEAI’s response reads. “They go beyond the Israeli market into the world geopolitical plane and are expected to change Israel’s status in the international arena and influence its foreign relations.”

CEAI argued that strong Sino-Israeli economic relations – with annual trade over $13 billion – depend on diplomatic relations developed since 1992.

As the Israeli Builders Association point out in their petition, the Chinese firms are all owned, directly or indirectly, by the Chinese government, and are able to offer much lower prices for their services than Israeli companies.

The Israel Builders Association argues that the CEAI should be treated as a “concentration group” under Israeli antitrust law. They also sued the Committee for Reducing Market Concentration and the Competition Commissioner.

If the court rules in favor of the Israeli companies, the Chinese companies could see their activities curtailed and might find themselves ineligible for government tenders in Israel.