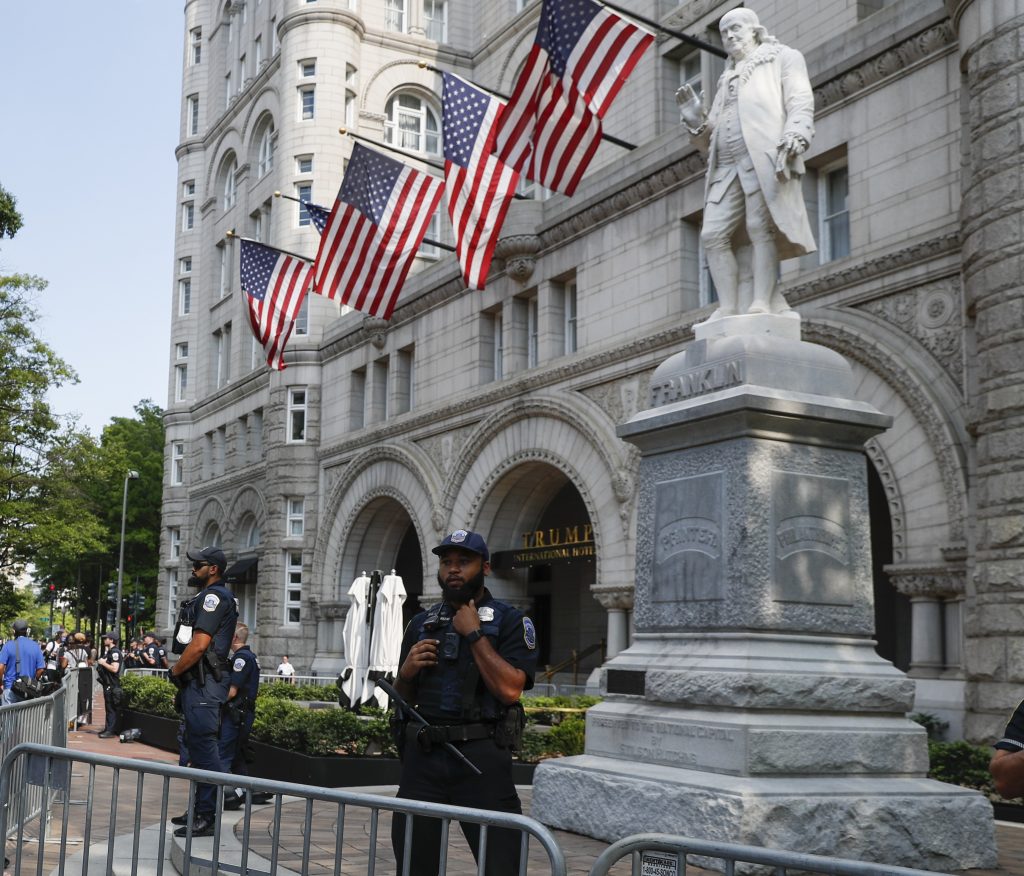 Financial records related to President Donald Trump’s Washington hotel can be kept on hold, a federal appeals court said Thursday, while Trump asks the U.S. Supreme Court to hear an appeal in a lawsuit that accuses him of illegally profiting off the presidency.

The ruling from the 4th U.S. Circuit Court of Appeals in Richmond means the records sought by the attorneys general of Maryland and the District of Columbia will likely not be released until after the November election.

The two jurisdictions filed a lawsuit in 2017, alleging that Trump has violated the emoluments clause of the Constitution by accepting profits through foreign and domestic officials who stay at the Trump International Hotel.

In May, the 4th Circuit revived the lawsuit, ruling that a three-judge panel of the court had overstepped its authority when it ordered a U.S. District Court judge to dismiss the lawsuit.

Maryland Attorney General Brian Frosh and District Attorney General Karl Racine — both Democrats — hoped the ruling would jumpstart their efforts to obtain financial records showing how much state and foreign governments have paid the Trump Organization to stay at the hotel and hold events there. The two jurisdictions sent subpoenas to various government agencies in late 2018, but those were put on hold while Trump’s appeal was pending before the 4th Circuit.

On Thursday, the court agreed to extend the pause on the lawsuit — including the subpoenas — while the U.S. Department of Justice appeals the ruling to the U.S. Supreme Court.

In a court filing last month, DOJ lawyers argued that the subpoenas are “intrusive and burdensome.”

“If the stay is not extended, the President would be irreparably harmed, because this unprecedented and potentially sprawling suit would be allowed to continue and plaintiffs would be able to probe into his personal finances solely because of the office he holds,” DOJ lawyers wrote in the filing.

The DOJ has until mid-October to file a petition asking the Supreme Court to hear the case, making it unlikely that any financial records sought through the lawsuit could be obtained before the November election.

Frosh and Racine said they are disappointed that their lawsuit will remain on hold while the case is appealed to the Supreme Court.

“We are disappointed that we will not be able to resume discovery immediately because of President Trump’s continued delay tactics. We want to get to the truth about President Trump’s constitutional violations and that is what the President is attempting to prevent,” they said in a statement.

The hotel, just blocks from the White House, quickly became a hot spot for lobbyists and foreign officials after it reopened in 2016 shortly before Trump was elected president.

The attorneys general argued in the lawsuit that hotels in their jurisdictions suffer “competitive injury” because officials hoping to curry favor with the president are more likely to stay at his hotel.

Trump’s lawyers argued that the emoluments clause only bars compensation made in connection with services provided in his official capacity or in “an employment-type relationship” with a foreign or domestic government.

The lawsuit is one of several that accuse Trump of illegally profiting off the presidency through his business interests.