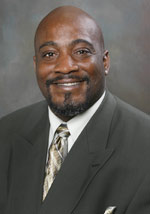 Voting rights advocates scrambled this week to understand the impact of an appeals court decision blocking some Florida felons’ eligibility to participate in elections — a blow to efforts to restore voting rights to as many as 1.4 million people in the state.

The U.S. Court of Appeals for the 11th Circuit in Atlanta last week halted a judge’s order from May that had cleared the way for hundreds of thousands of felons in the state to register to vote. The lower court judge had found that a state law requiring them to pay fines and fees first amounted to an unconstitutional voting tax if they are unable to afford it.

The appeals court has scheduled a hearing on the issue for Aug. 18 — the same day as Florida’s primary election. It’s unclear if the court will decide the issue in time for the November presidential election, or if the court’s eventual ruling will be appealed to the U.S. Supreme Court.

“It is disappointing, and it will surely mean that we are once again in a state of some confusion when it comes to people’s eligibility, as we were before,” said Sean Morales-Doyle, an attorney with the Brennan Center for Justice’s Democracy Program.

“I think many people who have already registered are good to go. If they’re eligible and they’re registered, they’re fine,” he said. “But if they have questions, they probably want to talk to their supervisor of elections, or perhaps an attorney, to determine that. We don’t get clear answers from the state, and we haven’t for months.”

A spokesperson for Florida Gov. Ron DeSantis (R) said this week that because it is an ongoing legal matter his office will not comment until there is a final ruling by the appeals court.

But voting rights activists worry the uncertainty of the issue may discourage “returned citizens” from trying to register even if they’re eligible.

The re-enfranchisement of felons in Florida has been a contentious issue in the important swing state since voters passed Amendment 4 in 2018. The amendment — supported by more than 65% of votersؙ — cleared the way for most felons, except those who had been convicted of murder or certain felonies to register to vote.

An estimated 85,000 felons have registered since Amendment 4 went into effect on Jan. 8, 2019. Previously, Florida had been one of a handful of states that barred felons from voting for life.

But a law signed by DeSantis last year added the requirement that fines, fees and restitution be paid first. Without a system in place to help them get the information, felons were left on their own to find out if or how much they owe.

That created “an administrative nightmare,” U.S. District Judge Robert Hinkle said when he ruled against the state after several felons sued.

Hinkle’s ruling in May ordered the state to tell felons whether they are eligible to vote and what they owe, and if they don’t get an answer from the state within 21 days, they can register to vote.

In the legal twists and turns over this issue, the 11th Circuit court, which leans conservative, has twice agreed with Hinkle, a President Bill Clinton appointee. But the state’s latest appeal resulted in freezing his order until after the August hearing.

“My heart went out to the countless number of returned citizens who were looking forward to participating in an election maybe for the first time, or the first time in a long time,” said Desmond Meade, president of the Florida Rights Restoration Coalition. “To see their hopes dashed like that, because of politics, that really brought me to tears.”

Meade spent three years in prison on a drug charge. He registered to vote in January 2019, and later found he out he still owed about $1,000 in fines, fees and restitution. He paid them, and plans to vote in August for the first time in 30 years.

His group is helping others pay their fines if they can’t afford it, but they can’t reach all felons in the state, and sometimes finding out if they owe anything is difficult, even with the help of pro bono attorneys who are working with the group.

“This should be nonpartisan issue. We’ve always said, people above politics,” Meade said. “At the end of the day, what should happen is more people will be participating in elections. But it seems like the governor is dead set against that.”

The office of Florida Secretary of State Laurel Lee did not respond to requests for comment. Mohammad Jazil, a lawyer who represented the state in the lawsuit filed by felons, has said that because Amendment 4 included the language that “all terms of sentence” must be met, that means financial obligations.

Hillsborough County State Attorney Andrew Warren created a “rocket docket” to help felons determine if they owed any money, and if they could afford to pay. He said so far, 26 people have been cleared to register to vote.

“I wish it could be 25,000 people,” Warren said. “But even just that one person who goes through the process, it means everything to them. Some of them have walked out of the courtroom in tears when they were told they were eligible to vote.”