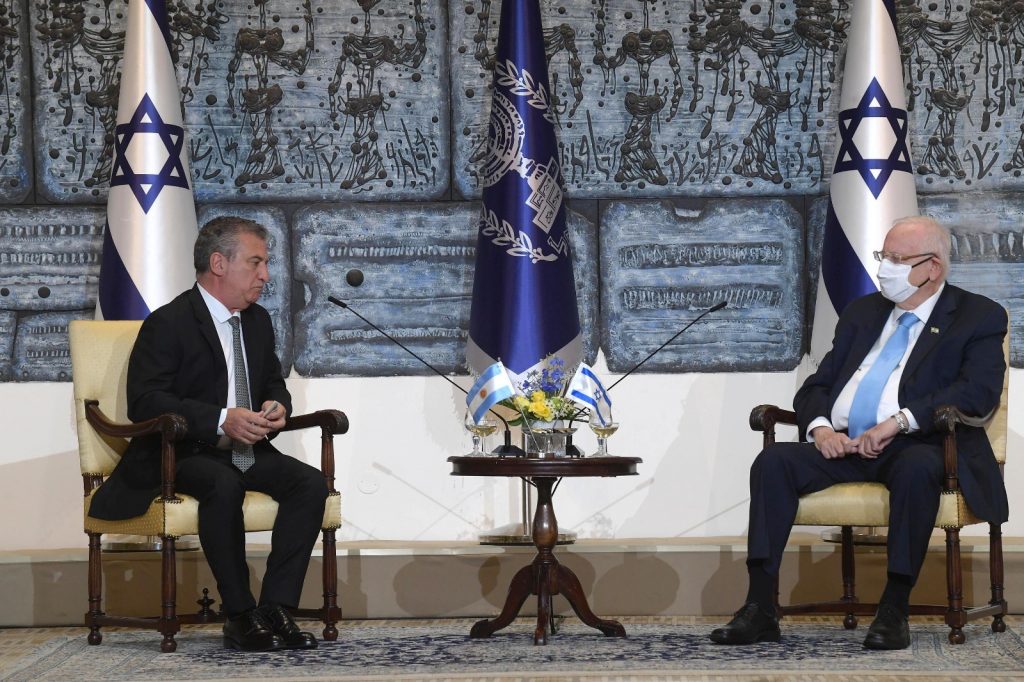 President Reuven Rivlin joined critics of the government’s handling of the coronavirus pandemic on Wednesday, as it struggles to craft a policy to stem a rising infection rate.

“Up to now, the state of Israel hasn’t developed a clear ‘combat doctrine’ in the fight against the virus,” Rivlin was quoted in media reports as saying during an event for graduates of the National Defense College.

The president pointed to the absence of a central body to forge a coherent response to the virus, and he castigated those involved in a reported turf war between the Health Ministry and Defense Ministry over who should run the response.

“There is no place for political calculations between the Defense Ministry and the Health Ministry. We must give the reins to a body that can bring the best result, while all other ministries are subordinate to it and are helping,” Rivlin said.

The president’s comments were made a day after Professor Siegal Sadetzki, the head of Public Health Services in the Health Ministry, announced her intention to resign.

In a post explaining her decision, Sadetzki said the reopening was made too soon and that policymaking has passed from the hands of the professionals.

“I feel that as time passed we turned from professionals reacting to events in a proactive way to accountable people with no authority who are responding late.”

“It has been several weeks since Israel’s compass for treating the pandemic has lost its bearings. Despite repeated, organized alarms sounded off through various channels, in different discussions and forums, we watch with frustrations how time and opportunities are running out,” she wrote.

Health experts outside the government have also been sharply critical of the response in recent days.

Health Minister Yuli Edelstein did not accept Sadetzki’s assessment, saying on Wednesday that “I understand her feeling, but nobody has lost their way. For several reasons, we are now facing unnecessary difficulties in dealing with the crisis,” he told the Kan public broadcaster.

“The previous government acted within emergency regulations — they would make decisions in the cabinet and it would be done. [Now] the public hears that the government has decided something, but it doesn’t take effect [yet],” Edelstein said, a day after MKs passed legislation allowing the cabinet to impose coronavirus restrictions immediately and only later seek Knesset approval.

“All the decisions are made as part of the discussion, but in the end, I, as minister, make the call, as it should be in any standard system,” he said. “That was how the decision was made to expand the testing system. Sadetzki wanted only patients with symptoms and we changed direction. Her position was right for that time but when the circumstances changed, the decisions changed.”

Addressing the mounting infection rate, Edelstein said that officials were working to bring it down from over 1,000 per day to closer to 100 within the coming weeks.

“People didn’t want to hear things that were less pleasant. I said I was sorry to spoil the celebration, but… the virus did not consult me ​​on when to attack,” he said. “If we dawdle in our decision-making, we will be in the second wave.”

Regarding the issue of centralization, Health Minister Yuli Edelstein promised on Tuesday that he will soon be appointing someone to be the coronavirus czar.