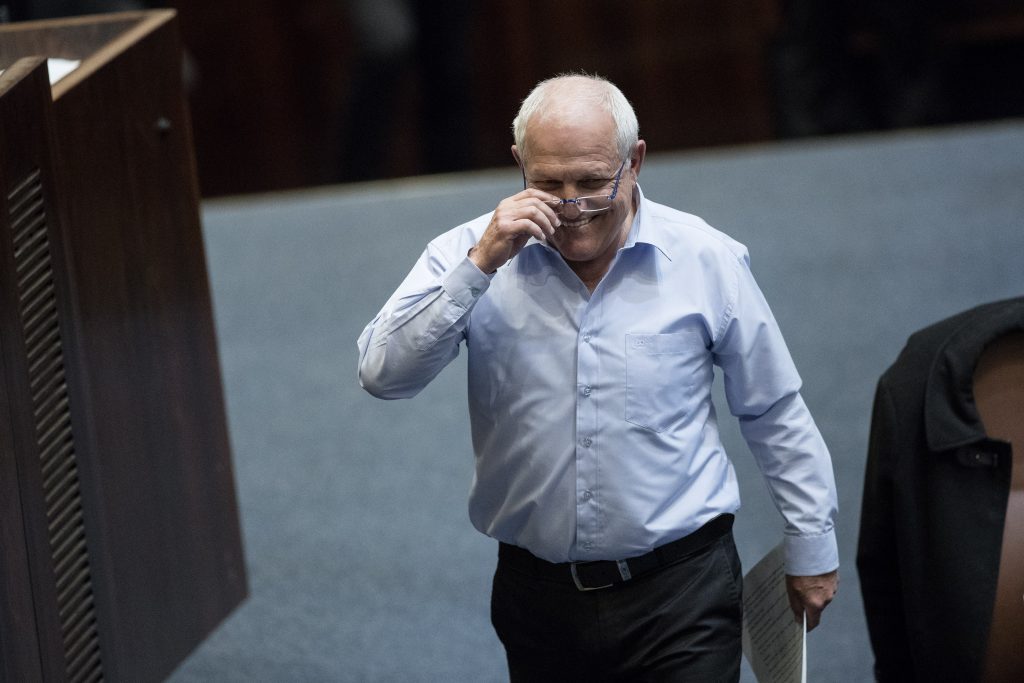 Israel’s Attorney General Avichai Mandelblit has supported an NGO’s petition to the High Court to cancel the immunity from prosecution granted by the Knesset to Likud MK Chaim Katz in February.

Mandelblit argued with the Movement for the Quality of Government in Israel that Katz’s immunity had no legal basis, and was politically motivated.

Katz, a senior Likud official, was indicted on charges of conflict of interest as he strongly pushed legislation aimed at benefiting himself and his friend, Equital’s Motti Ben-Ari. Katz had invested heavily in the company, and he allegedly covered it up to obtain illegal profits for the two of them. He was also accused of using insider information to make lucrative investments, in violation of Knesset rules.

Katz’s defense counsel argued that he was entitled to immunity because the law he helped pass was good for the general public and not only for Ben-Ari; his failure to disclose his connection to Ben-Ari to authorities was an oversight, but not intentional evasion of the law; and he acted in his capacity as public servant. The Knesset accepted his request and granted the immunity.

Mandelblit has rejected the arguments, insisting that the evidence shows Katz and his friend were in collusion all along, and that he did not innocently forget to mention their relationship to the authorities and the Knesset committee. Had such disclosure been made at the time, Mandelblit asserted, Katz’s fellow MKs would not have granted him immunity.