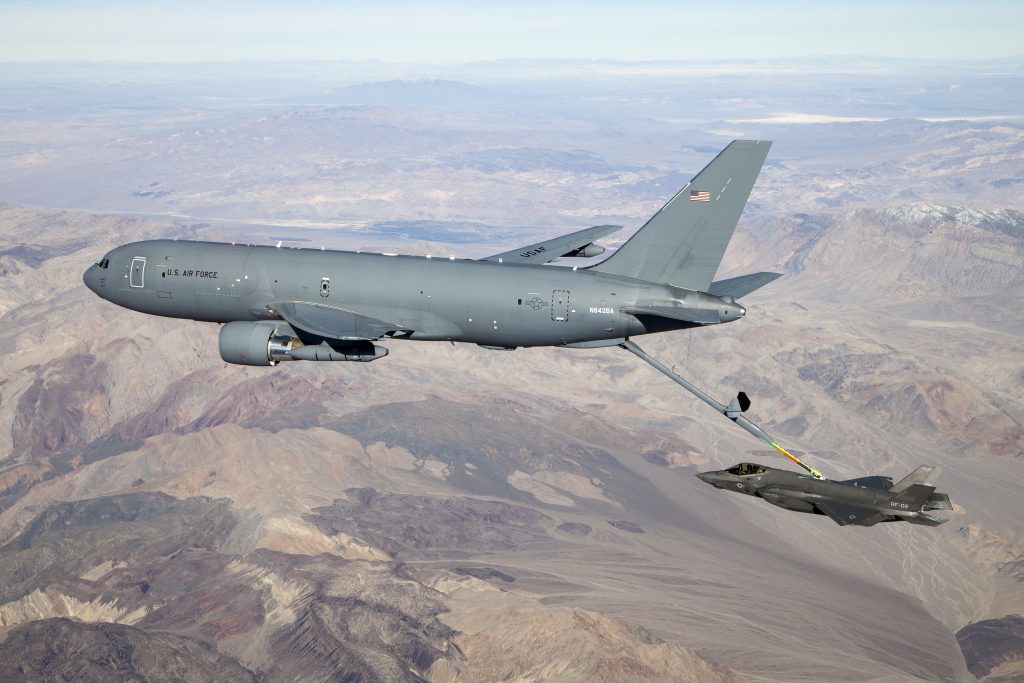 With the looming possibility of a military conflict with Iran in mind, Israel has asked the U.S. Department of Defense to significantly hasten delivery on a deal for acquisition of refueling aircraft, according to media reports on Wednesday.

The agreement, reached in March, for the Boeing-built KC-46 Pegasus aerial refueling craft, called for delivery of eight planes within four years. But now Israel has requested a speed-up, with delivery of two of the eight in two years, according to Channel 12.

To expedite the transaction, Israel asked for a swap: It would receive two planes ticketed for the U.S. Air Force by next year and that the USAF take the two planes that were to be given to Israel in another two years.

Last year, Prime Minister Binyamin Netanyahu warned Tehran that Israel’s F-35 fighter jets can reach “anywhere in the Middle East.” However, in order to do that, the stealth jet is believed to require in-air refueling to reach Iranian targets and return home.

The deal is said to be valued at 2.4 billion, including related equipment.

Meanwhile, a sale of 990 million liters of special jet fuel to Israel, to be purchased with $3 billion of U.S. defense aid money, is pending approval from Congress.