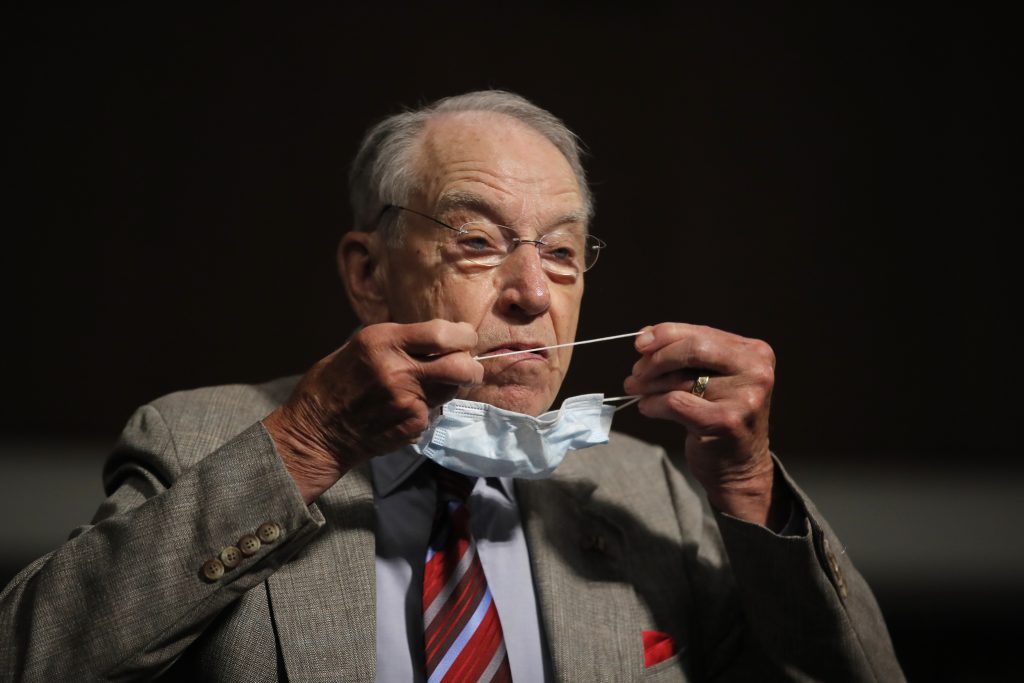 Two of the Senate’s most senior Republicans are skipping the GOP national convention in Jacksonville, Florida, where President Donald Trump will be nominated for a second term.

Sens. Charles Grassley of Iowa, 86, and Lamar Alexander of Tennessee, 80, are staying away from the gathering as the coronavirus pandemic spikes in Florida and takes a high toll on older people.

Grassley was explicit on the reason.

Alexander was less so. In a statement released by his office Tuesday, he acknowledged that choices must be made and that fewer people gathered for the event is desirable. He did not mention President Trump, the pandemic or the fact that health experts say the virus is more transmissible among people in close proximity for prolonged periods.

“Sen. Alexander is an honorary chair of the Tennessee Trump campaign, but he will not be attending the convention because he believes the delegate spots should be reserved for those who have not had that privilege before as he has had,” the statement read.

Their announcements reflect increasing concern even among Trump allies about the spread of the disease and worrying spikes in about a dozen states. The White House is trying to tamp down the nationwide concern despite more than 2.9 million confirmed COVID-19 cases and about 130,000 deaths.

The announcements by Grassley, who is third in line to the presidency as the Senate’s president pro tempore, and Alexander, the chairman of the health committee, suggested that the worry runs well into the ranks of Trump’s allies.

Florida is one of the nation’s hardest-hit states, and hospitals are warning they’re in danger of being overwhelmed. Florida’s COVID-19 positive test rate is 18.7%, making it second only to Arizona among states where coronavirus infections are surging. According to public health experts, a rate of 10% or more indicates the virus is spreading in communities.

The rate is a snapshot of current conditions, and measures like social distancing, wearing masks, avoiding crowded indoor locations and frequent hand-washing can bring it down.

Florida reached a grim milestone over the weekend, with health officials reporting that more than 200,000 people have tested positive for the novel coronavirus since the start of the outbreak.

There were 451.9 new reported cases per 100,000 people in Florida over the past two weeks, which ranks second to Arizona in the U.S. for new cases per capita.

The highest number of confirmed cases in one day came Saturday, when more than 11,400 cases were reported in the state. More than 3,700 people have died.

For Grassley, skipping the presidential nominating convention will be a first in his 40-year Senate career.

The convention is now scheduled to begin Aug. 24 in Jacksonville, Florida, where officials began requiring face masks in public a week ago.

Grassley said he plans to continue his tour of all of Iowa’s counties, visiting 29 counties during the current two-week break. He and his staff will wear masks, but he doesn’t plan on requiring it for Iowans who come to see him.

“There’s no way a United States senator can force anybody in Iowa to wear a mask,” he said. “It’s going to be up to the individuals and I would say that there’s generally a rule that if you’re 6 feet apart, you don’t have to wear a mask, but I think doing both makes common sense and I’m going to encourage people to do both.”