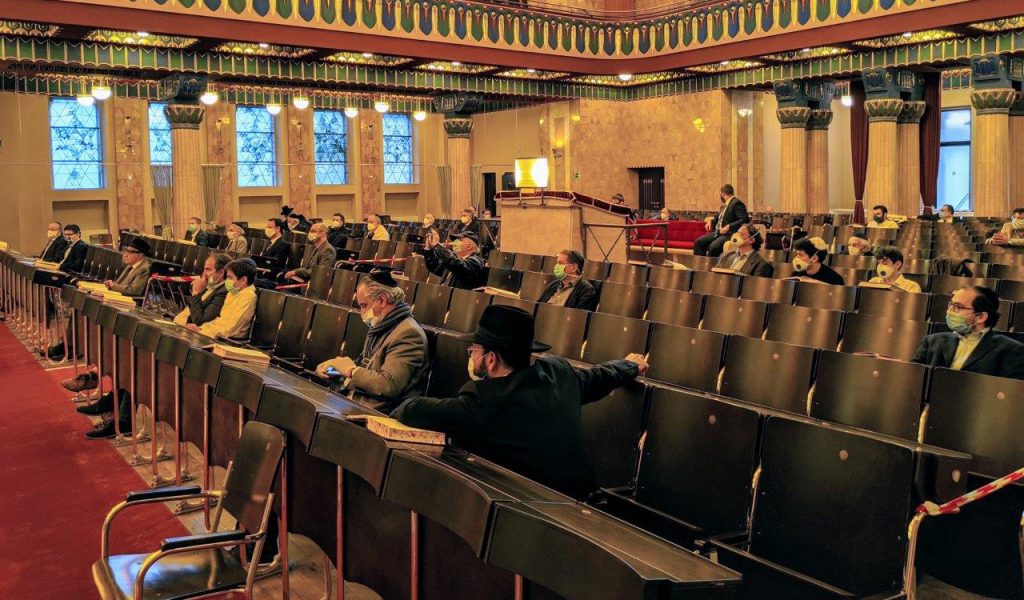 As the shuls and centers of Jewish life have reopened albeit while observing precautionary restrictions and health guidelines, the presidium of the Conference of European Rabbis (CER) formulated a plan to spiritually restore “the holy communities in Europe.” The plan focuses on the hopes and prayers for the rebuilding of the Beis Hamikdash.

According to the plan and in light of the call of leading Rabbanim to strengthen the mourning for the Beis Hamikdash during the Three Weeks from 17 Tammuz until 9 Av, Jews in the nearly 700 communities who are members of the CER will study the halachos of beis haknesses, with special emphasis on strengthening respect for the sanctity of shuls and preventing the violation of its holiness whether by holding conversations during davening or speaking on cellphones.

Also, every day after the davening, the congregations will learn Mishnayos in memory of those who have succumbed to the coronavirus pandemic. According to the plan of the CER presidium, during the Three Weeks, the congregations will learn the sefer Ahavas Chessed of the Chofetz Chaim, which teaches us to love our fellow man and to increase our acts of chessed during this difficult time when so many have lost lost their livelihood, when the elderly are forced to remain in isolation, fear is rampant, and so many have suffered the loss of dear ones.

During the Three Weeks, the leaders of the Conference of European Rabbis will hold a series of remote shiurim in Halachah.