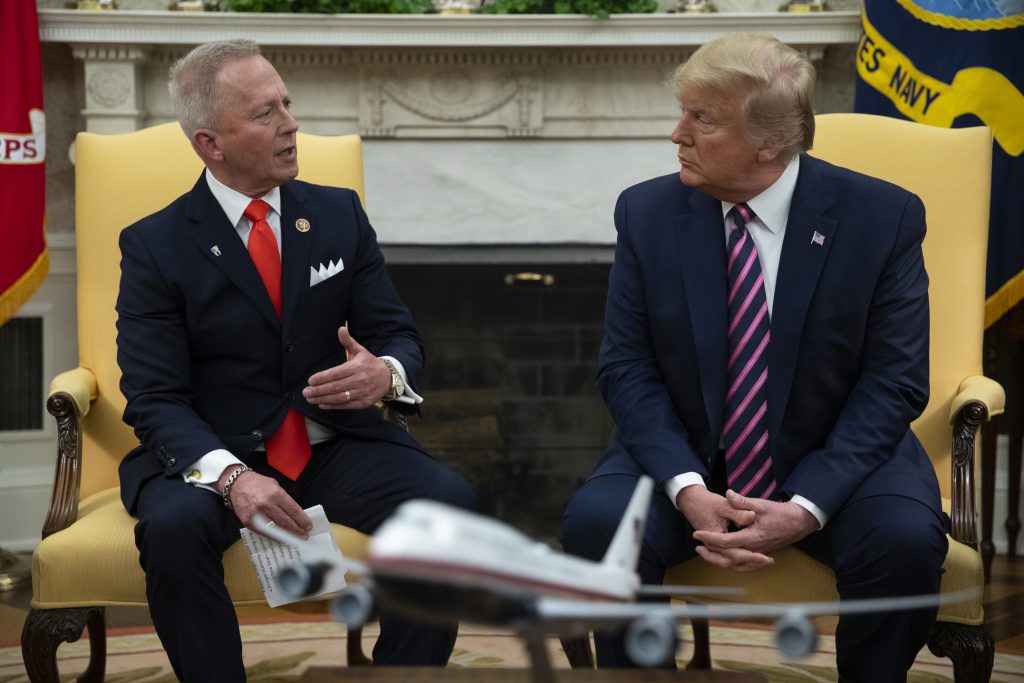 He will face challenges from all sides on Tuesday, as Democrats pick a candidate to challenge him in the Nov. 3 election and Republicans choose whether to let Van Drew seek a second term or give the chance to a rival Republican.

That is just one of the choices facing voters in the New Jersey primary. They and voters in Delaware will also cast ballots in presidential primaries, although the outcome is not in doubt. Former Vice President Joe Biden is the presumptive Democratic nominee, and Trump has no significant national Republican opposition.

Both primaries were postponed because of the coronavirus.

Results in the congressional primaries may not be known until later this month. As with other states that have encouraged voters to mail their ballots instead of voting in person because of the pandemic, delays are likely while officials receive, open and tabulate the votes.

In New Jersey’s 2nd district, which includes Atlantic City, Van Drew, 67, won as a Democrat in 2018. But he left the party a year later after voting against impeaching Trump in the House of Representatives.

The lineup of Democrats aiming to replace him includes former schoolteacher Amy Kennedy, wife of former U.S. Representative Patrick Kennedy and part of the storied political dynasty, who is going up against local political science professor Brigid Harrison.

The two have split the state’s Democrats: Governor Phil Murphy endorsed Kennedy, while Senator Cory Booker backs Harrison. Three other candidates round out the ticket.

All the candidates seethe over Van Drew’s switch. When announcing her candidacy, Kennedy said Trump and Van Drew are “symptoms of a bigger sickness infecting our country and our politics.”

In its 7th congressional district, three Republicans, including Thomas Kean Jr., whose father was governor of the state, are vying to take on Tom Malinowski, who also won the seat in 2018. Like Kim, Malinowski has no Democratic primary opposition.

In the northern 5th district, which Democrat Josh Gottheimer flipped in 2016, a progressive Democrat and neuroscientist, Arati Kreibich, is challenging him in the primary. She was endorsed by Senator Bernie Sanders, the democratic socialist who ended his presidential bid in April.

Booker, who ran an unsuccessful campaign for the Democratic presidential nomination, also faces a progressive challenger who ran Sanders’ presidential campaign in New Jersey. Black community activist Lawrence Hamm, however, has a massive fundraising disadvantage versus Booker, who is also Black.