Israel Knesset Speaker: Sovereignty of the People Replaced by Rulings of a Handful of Judges
Israel 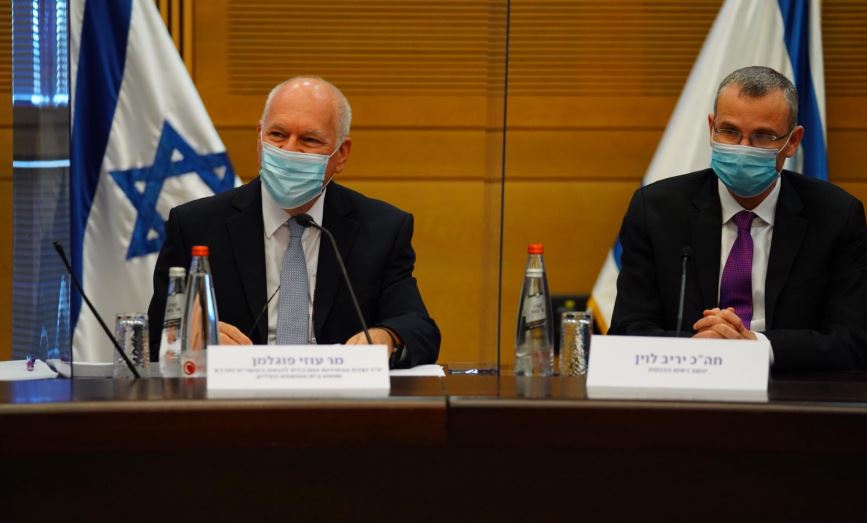 Knesset Speaker Yariv Levin issued fierce criticism of the High Court at a meeting of the Central Elections Committee on Tuesday.

The committee met to officially install Fogelman as its new chairman in place of Neal Hendel.

Levin opened the meeting and said, “This event we are holding today is ceremonial. Unfortunately, this is not the only ceremonial event. The elections for the Knesset are also becoming a ceremonial event; a sort of strange ceremony in which we, the citizens of Israel, elect our representatives to the Knesset only to have others decide instead of them. We live in a reality in which the proper order of things has been changed. The sovereignty of the nation has been taken away from it, and it has been replaced with the ruling of a handful of judges. A situation in which with one hand the Supreme Court tramples the decisions of the Knesset and the laws it legislates, and with the other hand its judges manage the procedures of the elections for the Knesset as though we are a proper democracy, is a cover, or, in the terminology that is common these days – a mask, which, unlike the masks that are needed for protection from the coronavirus, should be removed.”

Levin said the fact that a judge heads the Central Elections Committee has an entirely different significance “when the judges make themselves players in the political field,” adding “the damage that is caused to all the governing systems, mostly to the court itself, is very severe.”

Levin said he hopes his remarks will “fall on sympathetic ears” and that “we will avoid the continued harm to the Knesset and the difficult and unnecessary clash, which I am convinced no one wants, between the branches of government.”

Central Elections Committee Chairman Justice Fogelman responded by saying that in his view, “the dialogue between the different government branches, between the legislative branch and the judicial branch, should be conducted politely and with mutual respect. I am not sure that the first meeting of the committee is the right place to conduct it. I wish to remind you that the ruling that a sitting judge will serve as chairperson of the Elections Committee [was issued by] the Knesset, with an emphasis on a sitting judge. So, the ball is in the Knesset’s hands, and we are operating within the framework of the law.”

Interior Minister Rabbi Deri said, “There was a time when a regime was replaced in wars and bloodshed, and today we do it differently. Many boundaries are crossed at times – gossip, slander, public shaming – but in the end a regime is replaced, and, baruch Hashem, no one disputes the results. This is a celebration for democracy, and we should be thankful for it.”