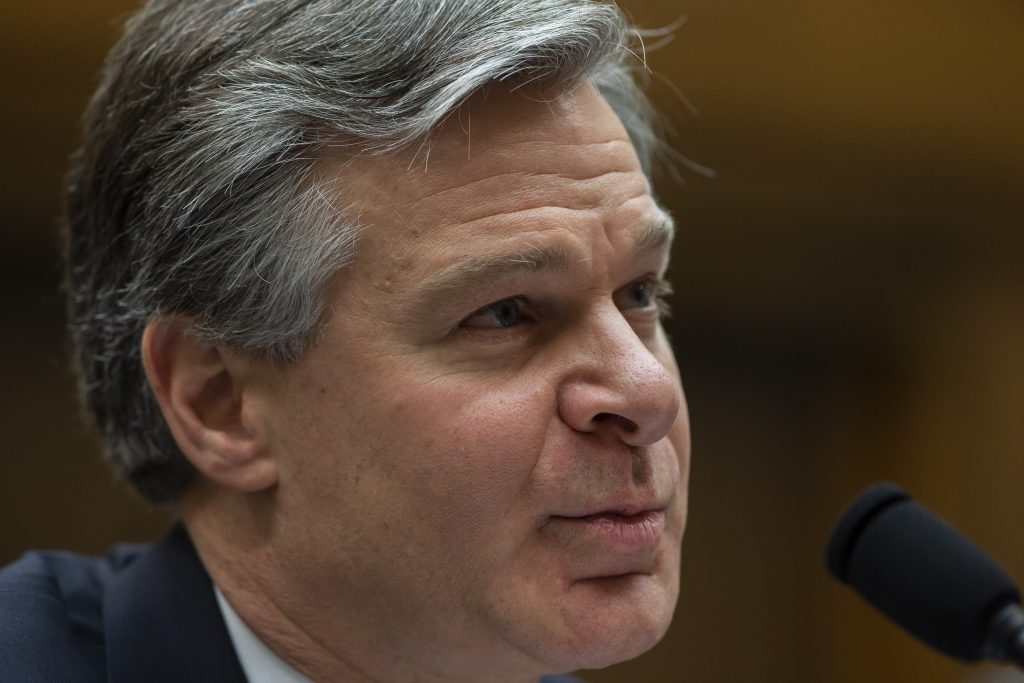 FBI Director Christopher Wray on Tuesday stepped up his criticism of China’s alleged efforts to steal U.S. technology and use subterfuge to pressure policymakers, warning that China is trying to penetrate American firms working on lifesaving research into the coronavirus.

Wray did not further detail what he suspects Chinese operatives are doing to U.S. entities battling the global pandemic, but his speech offered what he called the FBI’s most detailed criticism to date about the counterintelligence threat posed by China’s efforts to spy on U.S. industry and government.

The FBI director’s broadside dovetails with a broader push by the Trump administration to escalate public criticism of China for everything from its coronavirus response to trade disputes, but FBI officials have complained for years that China is an aggressive adversary that deliberately blurs the line between intelligence-gathering for the nation and criminal hacking to steal the intellectual property of U.S. firms for a competitive advantage in the global marketplace.

“China is engaged in a whole-of-state effort to become the world’s only superpower, by any means necessary,” said Wray. Over the last decade at the FBI, Wray said, Chinese counterintelligence investigations have risen by 1,300 percent, and agents open a new one “about every ten hours.”

China has repeatedly denied its operatives conduct cyberattacks or espionage in the United States. A Chinese government spokesman did not immediately respond to a request for comment Tuesday to Wray’s remarks.

Wray accused China of a “broad, diverse campaign of theft and malign influence,” running the gamut from hacking the research and development of U.S. companies, to trying to recruit Americans to share corporate or government secrets, to covertly pressuring officials on the world stage.

“They’re calculating, they’re persistent, they’re patient,” he said. Throughout his speech, Wray sought to emphasize that there is nothing wrong with countries competing against each other in the marketplace, or in diplomacy. But he said China frequently flouts the law and cheats to try to get an edge.

“The sad fact is that instead of engaging in the hard slog of innovation, China often steals American intellectual property and then uses it to compete against the very American companies it victimized,” Wray said.

The FBI director said the Justice Department and the State Department would be making further announcements in the coming weeks about China’s tactics.