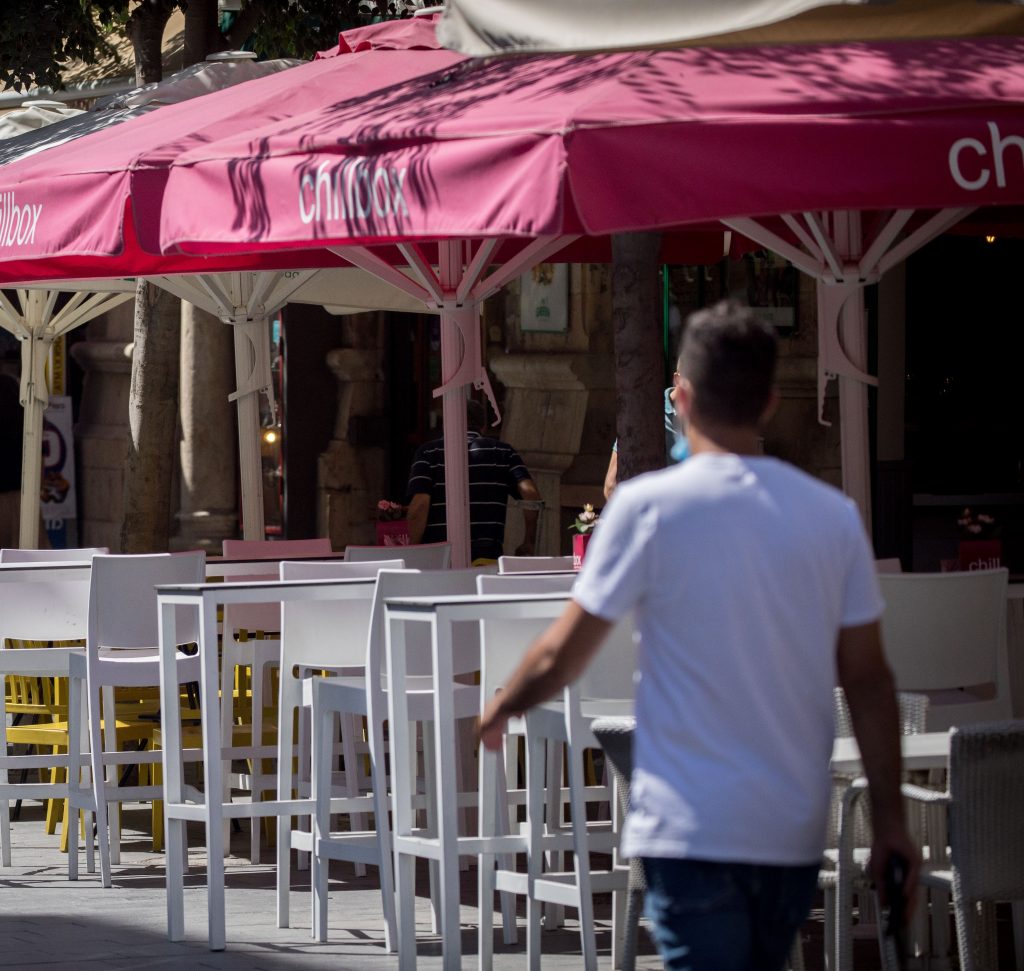 Frustration and anger over the government’s handling of the economic crisis erupted during a teleconference of business owners with Israeli Prime Minister Binyamin Netanyahu‏‏ on Tuesday.

The scene was captured in footage broadcast by Channel 12 of a Zoom meeting in which the business representatives said immediate emergency aid was necessary to prevent financial disaster.

Owners of restaurants, gyms, event halls and other spaces shut down or forced to run below capacity said they were desperate for help.

“We won’t survive! No businesses will remain, sir! We’re asking that you tell us, like you said at the start of the campaign, that within 48 hours the money will be with us,” one of the business owners said.

Another participant implored the prime minister for urgent action, warning that she would go out of business if financial assistance doesn’t arrive in the coming days.

“We’re collapsing, simply collapsing. I haven’t slept in four months,” she said. “I employ 150 workers, I don’t know what to say to them.”

“There is a feeling that this crisis is not being managed,” said one person. Another complains “we won’t survive.”

Netanyahu listened, and responded with instructions to Tax Authority head Eran Yaakov, who participated in the teleconference, to act without delay.

“Eran, these people are not lying, okay,” he said to Yaakov. “Cut them checks now. Or not checks, money transfers.”

According to the news channel, less than half of the money promised by the government to help individuals and businesses survive the crisis has yet to be disbursed, despite promises from the Prime Minister that he would cut red tape to speed the payouts.

Meanwhile, on Tuesday, Transportation Minister Miri Regev (Likud) was criticized for appearing at a gathering that exceeded the Health Ministry limit of 20 persons. A video showed at least two dozen chairs arranged in a tent for the inauguration of a new highway interchange near Ashkelon.

Regev herself admitted they were breaking the rules, if only by a small number.

“We are not exactly within what the Health Ministry has instructed,” she said from the podium. “We are in an open area, but there need to be fewer people. Next time I will ensure these things happen.”

At the end of her speech, Regev reminded the crowd: “I ask you to adhere [to the guidelines].”