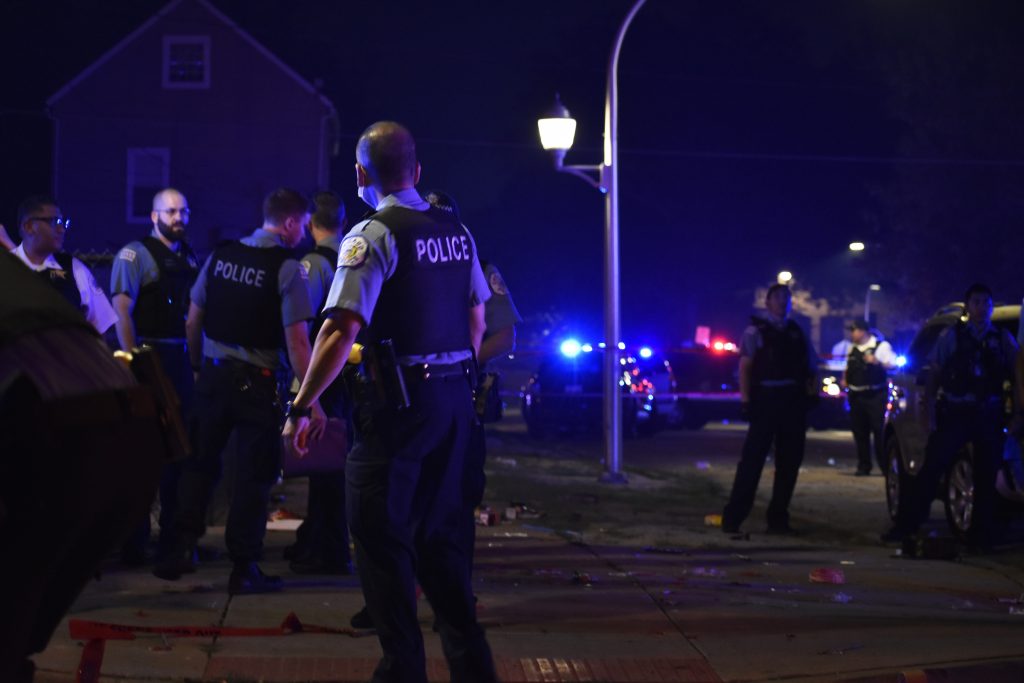 One person was in police custody and charges were pending Monday in the killing of a 7-year-old girl fatally shot July Fourth as she visited her grandmother in the South Austin neighborhood, authorities said.

Natalia Wallace, who was due to start second grade at the Crown Community Academy of Fine Arts, was shot just after 7 p.m. in the 100 block of North Latrobe Avenue, according to authorities.

A suspect in Natalia’s killing was in custody Monday morning and charges were pending, according to a police spokeswoman.

After Natalia’s killing, the school released a statement, attributed to Natalia’s first-grade teacher:

“Natalia was a very quiet and sweet little girl. She completed every assignment during class, got along with all of her peers, and colored the most precious pictures ever given to me. Natalia never hesitated to ask for clarity when needed. Sometimes, her quiet spirit gave her the strength to lead the reading lessons within her group, and she soared when it came to doing math. During e-learning, Natalia was always present and participating. At the end of each class session, she would type … “I Love You.’”

She was a resident of Chatham, according to the Cook County medical examiner’s office.

She was on the sidewalk when a vehicle pulled up and people got out and started shooting toward where she was, according to a police media notification.

Wallace was visiting her grandmother, Waller said. She was outside with others during a family get-together. Three men got out of a white vehicle about 50 feet away from where the girl and her family were gathered and fired at least 20 rounds at them.

Waller said during the news conference that detectives were viewing video of the shooting.

Police later said there was a second victim, a 32-year-old man, who self-transported to Mount Sinai Hospital in fair condition with a gunshot wound to the ankle and a graze wound to the leg.

The shooting Saturday follows the wounding Tuesday night of a 3-year-old girl in the West Englewood neighborhood minutes after a 15-year-old boy was shot blocks away, after a 20-month-old boy and 10-year-old girl were killed in separate attacks last weekend. A week earlier, five children were fatally shot, including a 3-year-old boy.