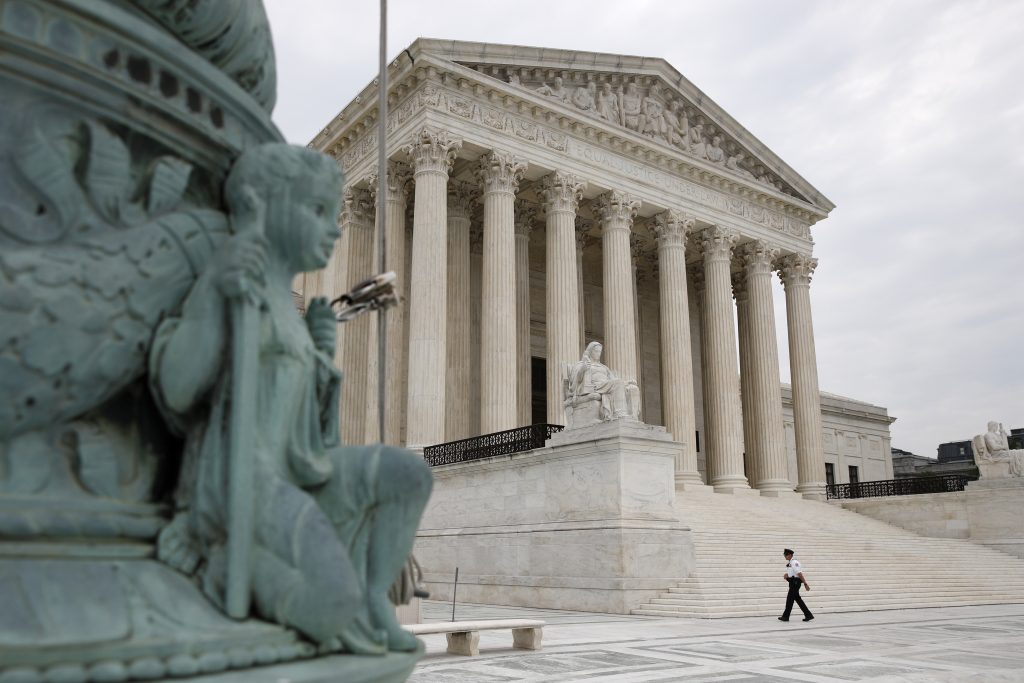 The Supreme Court ruled unanimously Monday that states can require presidential electors to back their states’ popular vote winner in the Electoral College.

The ruling, just under four months before the 2020 election, leaves in place laws in 32 states and the District of Columbia that bind electors to vote for the popular-vote winner, as electors almost always do anyway.

So-called faithless electors have not been critical to the outcome of a presidential election, but that could change in a race decided by just a few electoral votes. It takes 270 electoral votes to win the presidency.

A state may instruct “electors that they have no ground for reversing the vote of millions of its citizens,” Justice Elena Kagan wrote in her majority opinion that walked through American political history and contained pop culture references to.

“That direction accords with the Constitution — as well as with the trust of a Nation that here, We the People rule,” Kagan wrote.

The justices had scheduled arguments for last spring so they could resolve the issue before this year’s presidential election, rather than amid a potential political crisis after the country votes.

When the court heard arguments by telephone in May because of the coronavirus outbreak, justices invoked fears of bribery and chaos if electors could cast their ballots regardless of the popular vote outcome in their states.

The issue arose in lawsuits filed by three Hillary Clinton electors in Washington state and one in Colorado who refused to vote for her despite her popular vote win in both states in 2016. In so doing, they hoped to persuade enough electors in states won by Trump to choose someone else and deny him the presidency.

The federal appeals court in Denver ruled that electors can vote as they please, rejecting arguments that they must choose the popular-vote winner. In Washington, the state Supreme Court upheld $1,000 fines against the three electors and rejected their claims.

The closest Electoral College margin in recent years was in 2000, when Republican George W. Bush received 271 votes to 266 for Democrat Al Gore. One elector from Washington, D.C., left her ballot blank.

The Supreme Court played a decisive role in that election, ending a recount in Florida, where Bush held a 537-vote margin out of 6 million ballots cast.

The justices scheduled separate arguments in the Washington and Colorado cases after Justice Sonia Sotomayor belatedly removed herself from the Colorado case because she knows one of the plaintiffs.

In asking the Supreme Court to rule that states can require electors to vote for the state winner, Colorado had urged the justices not to wait until “the heat of a close presidential election.”

Reacting to the decision Monday, the lawyer for the electors who challenged the state rules said he’s glad the court acted now. “Obviously, we don’t believe the Court has interpreted the Constitution correctly. But we are happy that we have achieved our primary objective — this uncertainty has been removed. That is progress,” lawyer Lawrence Lessig said.