Israel Coronavirus Cases Edge Toward 1,000 in a Day
Israel 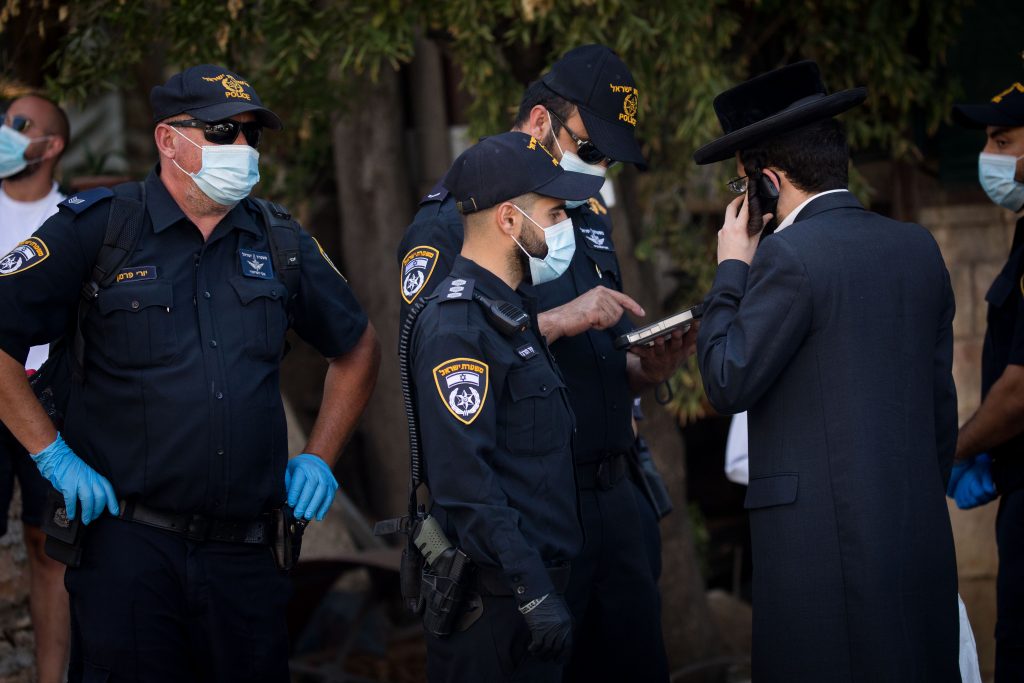 There was more discouraging news on the coronavirus front Monday night as the Health Ministry said there 962 new cases in the previous 24 hours.

Israel is “a step away from a full lockdown,” Prime Minister Benjamin Netanyahu reportedly told cabinet members during a meeting earlier in the day.

Health Minister Yuli Edelstein said that a list of new restrictions on public gatherings approved earlier in the day were aimed at averting a national lockdown in the next week or two, according to The Times of Israel.

“Nobody wants that,” he said.

Edelstein said he was “confident” that the restrictions could be eased within a few weeks if the public follows the rules on limited gatherings, wearing masks and observing social distancing.

Also on Monday, Edelstein said he will soon appoint a coronavirus czar to lead the response to the pandemic, apparently his answer to Defense Minister Benny Gantz’s proposal made last week that his ministry should be in charge of that. Edelstein, along with Netanyahu, rejected the idea as a political ploy.

Regarding numerous complaints about people getting quarantine orders over the phone which they were unable to appeal, despite mistakes, Edelstein offered apologies.

He promised an improvement in the notification system in the coming days, as well as a new program to identify infection chain origins that will help break the chains.

The tally brought the number of total confirmed cases to 30,749. The Health Ministry also announced two new deaths, bringing the toll to 334.

The number of serious cases was down from 90 to 88, but the number of people on ventilators rose to 35, three more than on Monday morning.

Another 88 people were in moderate condition, with the rest suffering mild or no symptoms.