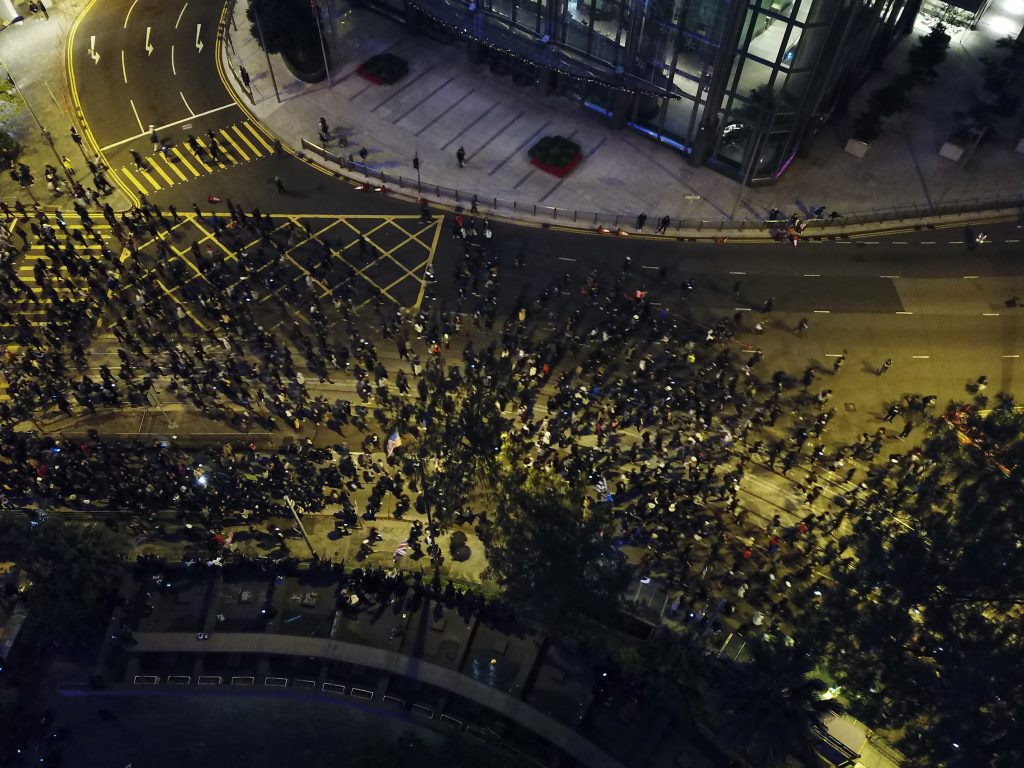 The Chinese ambassador to Britain accused Prime Minister Boris Johnson on Monday of meddling in China’s affairs by offering citizenship to 3 million people from Hong Kong following the imposition of a national security law.

Ambassador Liu Xiaoming defended his country’s new national security law against accusations it’s aimed at eroding Hong Kong’s considerable autonomy and curbing dissent. Liu pointed out that the U.K. handed control of the city that was a British colony for more than a century back to Beijing in 1997.

“This move constitutes a gross interference in China’s internal affairs and openly tramples on the basic norms governing international relations,’’ the ambassador said of the British citizenship offer, adding that the Chinese side has expressed “its great concern and strong opposition.’’

PM Johnson introduced the new visa and citizenship route for certain Hong Kong residents last week after deciding China had committed a “clear and serious breach” of the Sino-British Joint Declaration that set out the transition when Hong Kong was returned to China.

Johnson’s Downing Street office also urged China not to interfere if Hong Kong residents who are eligible to reside and seek citizenship in the U.K. want to come and said the government was “also reviewing extradition arrangements with Hong Kong.”

The conflict over Britain’s response to developments in Hong Kong has soured relations with China, the world’s second-largest economy, at a time when Johnson’s government wants new trading relationships following the U.K.’s exit from the European Union.

The national security law China imposed last week makes secessionist, subversive, or terrorist activities illegal, as well as foreign intervention in the city’s internal affairs. Activities such as shouting slogans or holding up banners and flags calling for the city’s independence are violations of the law regardless of whether violence is used.

China argues the measure was needed to quell lawlessness and rioting. But there are signs the law is chilling free speech in Hong Kong after the city’s public libraries pulled books written by pro-democracy figures from shelves. Authorities said the books were being reviewed in light of the new legislation.

When a reporter asked China’s envoy to Britain during a news conference Monday about books being removed, Liu replied that it “depends on what the book is about.″

If a book aims to incite secession or subversion, “you know that will be tantamount to a kind of crime,″ he said.

During his news conference, Liu also needled British officials about reconsidering their decision to grant Chinese tech giant Huawei a limited role supplying new high-speed network equipment to wireless carriers. Britain is reportedly poised to backtrack on the initial approval following U.S. government warnings that it would sever an intelligence-sharing arrangement if the U.K. did not ban Huawei.

Liu said that “Britain can only be great’’ when it has an independent foreign policy and that it sets a bad precedent to “make your policy in the morning and change it in evening.’’ He said that while he believed Huawei would simply do business elsewhere, other Chinese companies might think twice about investment into the U.K.

“It also sends out a very bad message to the China business community,’’ he said. “They are all watching how you handle Huawei.’’

Adding to Sino-British tensions, British regulators are weighing a punishment for China’s state broadcaster, CGTN, after upholding a complaint that it broke broadcasting rules by airing a forced confession from Peter Humphrey, a British corporate investigator imprisoned for two years in China.

The U.K.’s broadcasting watchdog, Ofcom, said Monday that CGTN committed a “serious” breach of broadcasting rules when it aired two programs with the footage and is putting the channel “on notice” that it plans to impose sanctions, which could include a big fine or revoking its broadcast license.

The tension comes four years after President Xi Jinping visited the U.K. to cement deals that would give Britain a vast new pool of investment and China greater access to European markets. Xi was welcomed as an honored guest at Buckingham Palace and Parliament even as critics warned that Britain was taking a risk by courting Beijing so aggressively.

Liu said that the “golden era” of U.K.-China relations was proposed by the British side and that China agreed because the description was in the interest of both countries. But he said that a country cannot want a golden era and then “treat China as an enemy.”