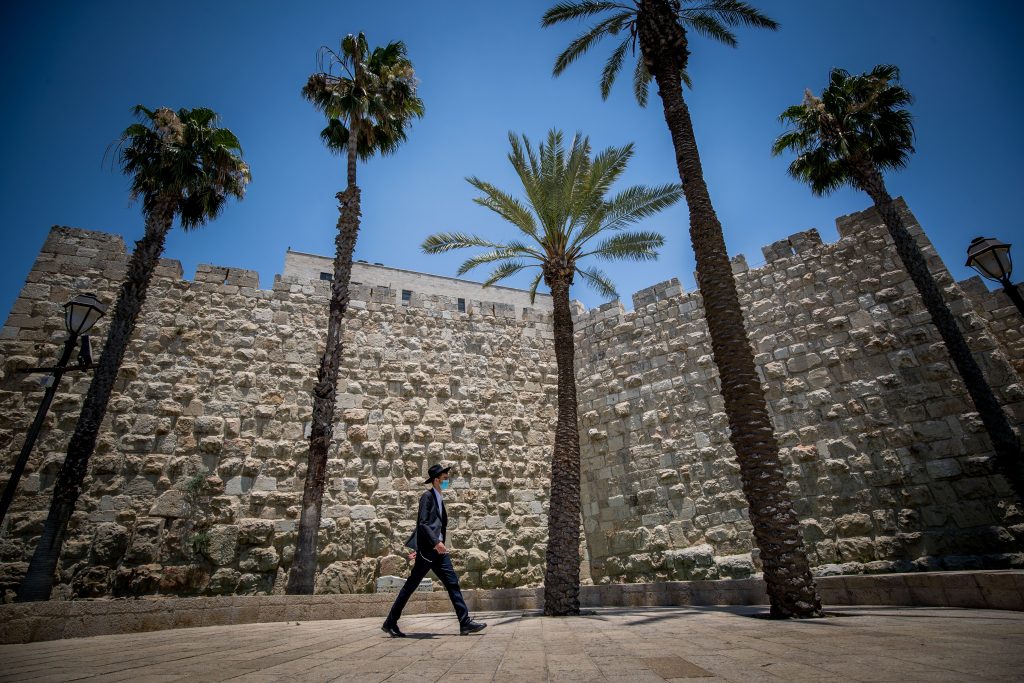 The government accepted the proposal of Interior Minister Rabbi Aryeh Deri (Shas) whereby shuls will be allowed to remain open for up to 19 mispallelim.

The government held an emergency meeting on Monday to deliberate on a new series of restrictions, as part of the ongoing campaign to combat the coronavirus pandemic.

As part of the new restrictions, cultural events and performances will be halted and parks will be closed to the public. Beaches will not be closed but beach-goers will be restricted to certain hours.

Restaurants and cafes, while remaining open, will be restricted to 20 diners inside the premises and another 30 in open-air spaces.

During the meeting, Rabbi Deri said, “If you close restaurants and make a general closure, I will be the last to fight just to keep the shuls open.” He also wondered, “Why is a restaurant, where people eat and mingle, allowed to remain open, while a shul that keeps the guidelines is forced to close?”

Health Minister Yuli Edelstein and National Security Council Chairman Meir Ben Shabbat tried to argue that there is a difference in the restaurants due to “economic considerations.” Rabbi Deri replied that the shuls “are the soul of the Jewish nation.”

According to reports, yeshivos will also be allowed to remain open.

While the Health Ministry and National Security Council initially called for the total closure of yeshivos, a preliminary agreement has been reached which would allow yeshivos to continue to operate under the “capsule” method, whereby small groups of bachurim are permitted to gather, physically separated from other self-contained “capsules,” reducing the ability of the virus to spread.